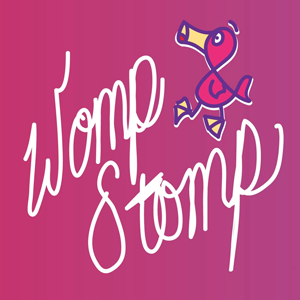 Womp and Stomp SOUNDSYSTEM
£3 B4 MIDNIGHT!!

The mighty Womp and Stomp Soundsystem is handbuilt with love, made up entirely of Void Acoustics / Matrix Amplification and Precision Devices Drivers.

We’ll be spinning some tasty Bass, Womps and Stomps from around the globe!
Dubstep, Bassline, DnB, HipHop, Garage, Jungle and everything inbetween!

Line-up :
Yout
Spaceline (Womp and Stomp)
Sick Boy (Reekie/DARK REAL DARK)
MetraGnome (59th Degree/Electrikal )
Taz Buckfaster (Slime/Electrikal)
————————–——–
Yout : Hailing from the small town dunblane currently Glasgow based. Growing up on dubstep and dabbling in DnB, now DJing for a few years, this wub fanatic recently played on Womp and Stomp sound system at Woodland Dance Project and now is coming out of the bedroom and with that, Bringing his love for dutty neurofunk to some tasty jungle and everything in between all to please the reptilian overlords.

Spaceline (Womp+Stomp) : From the rolling valleys of Pembrokeshire, Wales, he has been a DJ at heart since a very young age, in more recent years, you’ll find him in the Austrian mountains, bringing the hype to the masses, he’s recently played sets at Snowbombing festival, as well as being a resident DJ inside one of Austrias seediest private underground venues, The Schwendau Bassment.

Sick Boy (Reekie/Dark Real Dark) : The mastermind behind Edinburgh’s roughest and toughest grime night, playing monthly slots on LVLZ Radio, Sick Boy has his fingers in all the pies. He grew up in Scotland listening to dubstep and hip hop and quickly progressed into other areas, he’s been playing sets in Berlin, joined Germany’s Dark Real Dark bass music collective and bringing UK BASS to other areas of Europe since!
https://soundcloud.com/sickboy0131

MetraGnome (59th Degree/Electrikal) : You may have seen him on the big screen through his online radio show 59th Degree, this country bumpkin/ultimate boyscout can be found all around Europe hosting some of the finest bass music talent about, this could be where he finds his influence for his wild and hype-filled sets!
https://soundcloud.com/metragnomeofficial

Taz Buckfaster (Slime/Electrikal) : Full blown Electrikal/LVLZ OG, this guy almost doesn’t need an introduction! After an absolutely scorching set on half of the Womp and Stomp system at the Woodland Dance Project, we couldn’t resist inviting Taz to come back and party with the full setup! Taz is both a DJ and Producer and we’re constantly scouring his feeds for new bass!
https://soundcloud.com/the-name-is-taz

Tweets by @themashhouse
The Youth and Young