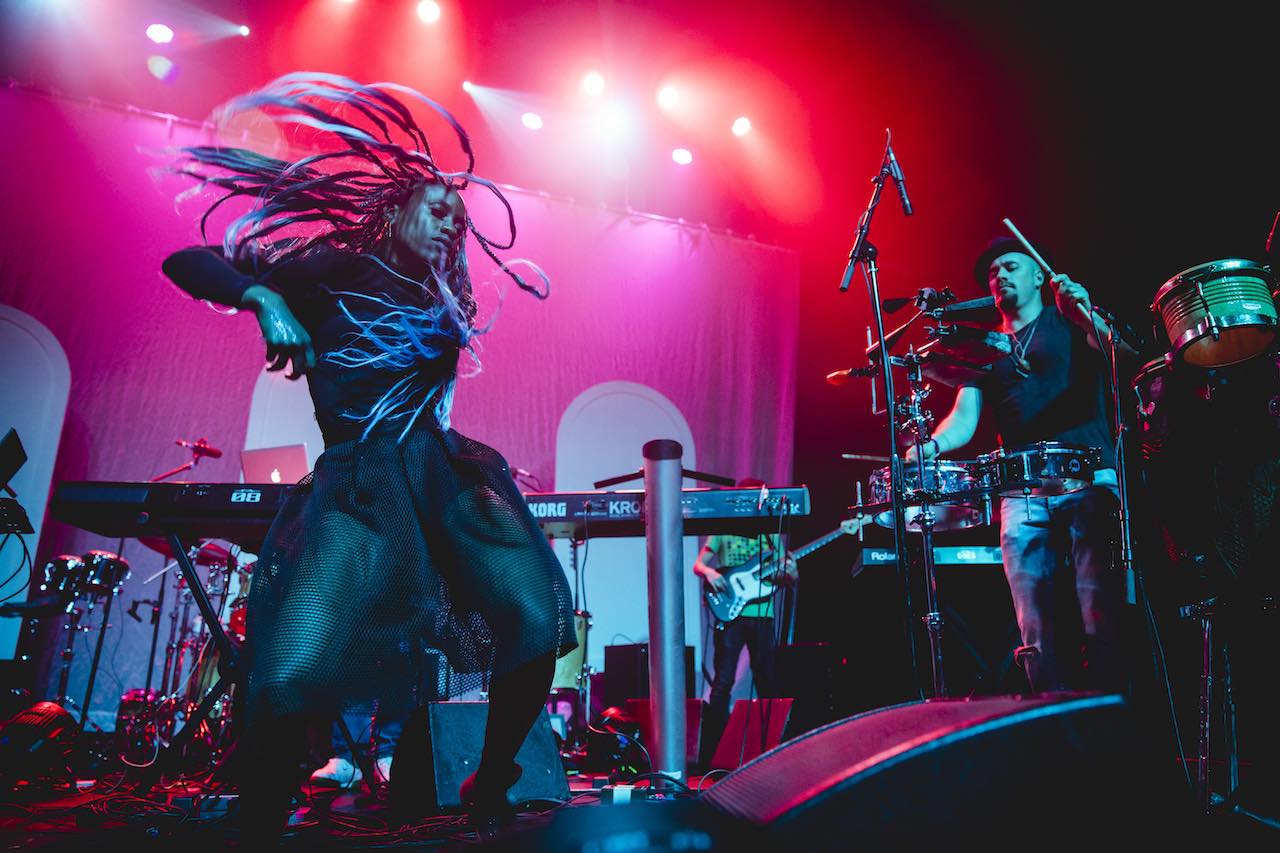 This Autumn, The Seshen, Geographer & Rituals of Mine take to the road together on their Strength in Numbers UK tour and we are thrilled to announce their Scottish date at The Mash House, Edinburgh on Friday 2nd November.

The Seshen is a San Francisco Bay Area-based band led by singer/lyricist Lalin St. Juste and bassist/producer Akiyoshi Ehara. Their forward-thinking sound combines synthesizers, drum machines, and percussion to create an unmistakable fusion of R&B, synth-pop, and electronic music. They take inspiration from across the musical spectrum; their individual influences range from recognizable artists (Erykah Badu, Jai Paul, James Blake, Radiohead, and Broadcast) to genres and eras that don’t initially appear to fit together (hip hop, indie rock, early electronica, and 70’s dub). Their unique alchemy of seemingly disparate sounds has led fans and critics alike to describe the band as defyingcategorization.

The Seshen’s latest release, Flames & Figures (October 14, 2016 – Tru Thoughts), was two years in the making and marks an evo-lution in their distinctive sound. Narrated by St. Juste’s lyrical stream of consciousness, Flames & Figures explores themes of femininity, power, illusion, and loss, as she draws on both her personal experiences and the world of her imagination.

Geographer Deni’s life in music began as a child, where he sang in a church choir. He wrote his first song when he was 4 years old, and began writing and recording his own music in earnest at age 12, when his father gave him a 4-track cassette tape recorder, with which Deni spent hours in his basement layering track upon track of guitar, saxophone, vocals, and a homemade ceramic drum his sister made him as a birthday present. Geographer’s music is characterized by the use of vintage analog and FM synthesizers coupled with modern software synthesizers, as well as an electric cello often featured on songs in place of a lead guitar. Live on stage Deni performs with a band of revolving musicians, almost always with an electric cellist, drummer, and multi-instrumentalist to aid him in filling out his lush arrangements, and the band has become famous for its energetic and emotional live performances.
Geographer’s new EP, ‘Alone Time,’ is the result of 2 years of that same kind of recording he used to do as a teenager. Days at a time spent alone, so that he could capture the music always coursing through his head, knowing that one day this hermetic ex-istence would bring him in front of crowds of people. The songs explore, as do the rest of his catalog, the nature of existence, the self, an uncertain but optimistic curiosity about why we are here, and what it means to love and lose each other, but most of all, ‘Alone Time’ is a meditation on loneliness. While he needs solitude to make his songs, the place Geographer has said he truly feels alive is not alone with his thoughts, but together with strangers, on stage at his concerts.

Rituals of Mine (FKA Sister Crayon) are a Los Angeles based electronic/downtempo r&b act who make “gorgeously gloomy pop” (Noisey) that exudes unparalleled passion, emotion and personal lyrics into their music. Lead singer Terra Lopez has been praised by The FADER, Pitchfork, Billboard, BUST Magazine, Stereogum and more for her captivating and ruthless stage presence. Rituals of Mine’s beguiling debut ‘Devoted’ (produced by Wes Jones & co-produced by Omar Rodriguez-Lopez) was widely acclaimed in indie circles and led the group to national tours with Deftones, Tricky, ANTEMASQUE, Le Butcherettes, Built to Spill, Doomtree & more. Most recently, Lopez has collaborated with Tricky and The Glitch Mob and can be heard on both of their most recent works. Rituals of Mine are currently working on their highly anticipated sophomore LP.