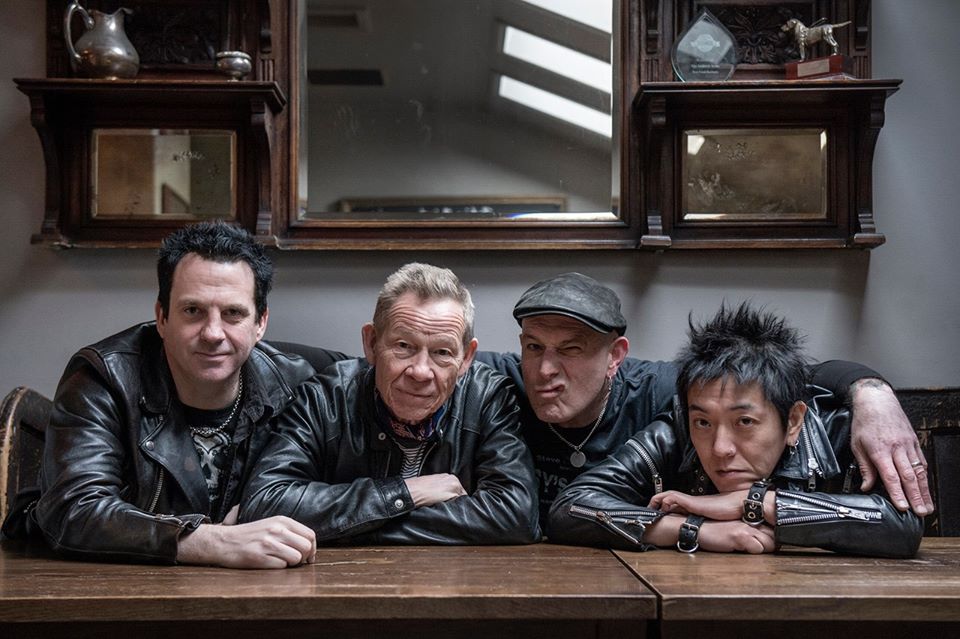 Jones and Cook recorded a handful of tracks as the Sex Pistols after Johnny Rotten’s departure from the group, which would eventually appear on the soundtrack for the film The Great Rock ‘n’ Roll Swindle. But by 1979, the group was officially over. No longer managed by Malcolm McLaren, Jones and Cook decided to form a new band; they struck up a recording deal with Virgin Records, and recruited bassist Andy Allan, who had played on the final Sex Pistols sessions. The trio was dubbed the Professionals, and their first single, “Just Another Dream,” appeared in July 1980. The band quickly began work on an album, and a track from the sessions, “Kick Down the Doors,” appeared on a Virgin compilation titled Cash Cows. However, things took an unfortunate turn when Allan sued Virgin for unpaid royalties, realizing that he had no contract with the label, unlike Cook and Jones. The Professionals’ album was scrapped, and Jones and Cook headed to Canada, where they played members of a punk rock band called the Looters in the movie Ladies and Gentlemen, The Fabulous Stains. (The other two members of the Looters were Paul Simonon of the Clash and actor Ray Winstone; the film wasn’t released until late 1982.) Upon returning, Cook and Jones fired Allan from the group, and expanded the lineup to a four piece with the addition of Paul Myers on bass and Ray McVeigh on rhythm guitar. Re-recording most of the material from the unreleased album, the Professionals finally released I Didn’t See It Coming in November 1981.

In anticipation of the LP’s release, the band hit the road, touring first in the U.K. and next in the U.S. However, just as the album was making its way to stores, Cook, Myers, and McVeigh were involved in an auto accident in Minneapolis, Minnesota, and the band had to head home and recuperate. While I Didn’t See It Coming was popular with punk fans, reviews were unenthusiastic and promotion was half-hearted, leading to unimpressive sales. In the spring of 1982, the Professionals returned to the United States for another tour, but by this time, Jones and Myers had developed serious drug habits that sapped their energy and ambition. While the Clash offered the Professionals an opening slot on their tour following Combat Rock, the group turned it down, and they opted to break up a few months later.

In 1997, the Professionals’ unreleased debut album was finally given a belated commercial release after circulating as a bootleg, and in 2015, their entire body of recorded work was collected in a three-CD box set, The Complete Professionals. To celebrate the release, Paul Cook organized a Professionals reunion show at London’s 100 Club; Steve Jones opted not to participate, so Tom Spencer sat in on guitar and vocals alongside Cook, McVeigh, and Myers. The show was well-received, and after a few other reunion gigs, the Professionals opted to return to the studio and cut a new album. Steve Jones once again chose not to rejoin the lineup, but he played guitar on some of the sessions and gave the project his stamp of approval; Billy Duffy of the Cult and Marco Pirroni of Adam and the Ants also guested on the LP. What in the World was released in October 2017. ~ Mark Deming, Rovi

Act One Album Launch Party
This website uses cookies to give you get the best experience possible. By continuing to use this site, or clicking 'I accept', you agree to our use of cookies. Please read our Privacy & Cookie Policy to see how we use cookies and to learn about how you can change your browser preferences. Find out more.
Scroll to top