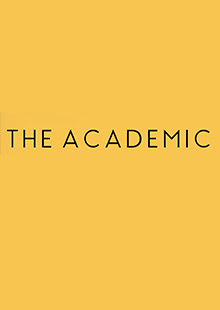 Ireland’s newest indie-rock sensation The Academic have had an incredible 18 months. From playing a ‘Battle of The Bands’ competition at their local school the band have gone on to sell out shows across Ireland, the UK and Europe, played major international festivals and opened up on tour for the likes Twenty One Pilots, The Strokes and Noel Gallagher. Added to their impressive live resume, The Academic have been a firm favourite with the online community, reaching No.3 on Hype Machine, amassed millions of streams online and have had widespread international radio play including support from BBC Radio 1 (Annie Mac, Huw Stephens,Phil Taggart).

“it’s time to jump on the bandwagon, these guys are going to be big” – Lauren Murphy, The Irish Times

“Jangly, garage rock guitars drive alongside self-confident punchiness and nostalgic purpose.  They are a band that has all the ingredients of a wide-range breakout as their music spreads across Europe and beyond in 2017.” Operation Every Band