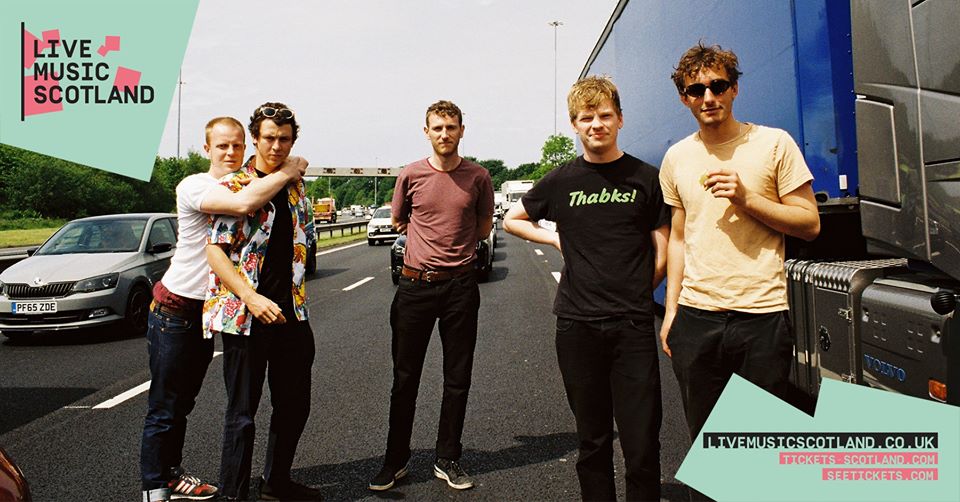 “A more aggressive spin on the funky post-punk of Television and Talking Heads” Stereogum
“A rich blend of psychedelia, Europop and punk noise” The Line of Best Fit
“Intense, weird songs that scan like David Byrne conducting LCD Soundsystem” Drowned In Sound
“Vigorous post-punk that winds itself into tight coils before springing apart” NME
“Itchily contagious as it is futuristic” Clash
“One of our favourite new artists” So Young Magazine
“A unifying sense of ingenuity and vessel bursting energy” DIY

The hotly tipped post-punk, disco-funk phenomenon Squid are back with new single ‘The Cleaner’ and the news of an EP called ‘Town Centre’ which is coming out on 6th September via Dan Carey’s Speedy Wunderground label – the first EP from the legendary producers singles label. Physical release of the EP will be 15th November.

On ‘The Cleaner,’ Squid are at their dynamic best; making good on the angular funk of ‘The Dial’ and the disco-punk of ‘Houseplants’ that has seen them receive love from radio, press and fans everywhere they’ve been. ‘The Cleaner’ is inspired by moving to London, trying to adjust to the pace and lifestyle of the city and all the issues that throws up. As with any Squid track, ‘The Cleaner’ is bursting with ideas and a clear energy and determination within the band to embrace different musical styles.

Dan Carey on Squid and The Cleaner: “I love Squid so much. To record with them is such a joy – the room is a sea of ideas and enthusiasm without any clashes of ego; every suggestion is given full attention. This , combined with their musicianship results in beautifully inventive music, underpinned by a hard steady groove and topped with lyrics that are important and surreal.
When I first saw squid I was blown away. In the middle of being blown away , they played The Cleaner. In the middle of The Cleaner I was blown away by the middle bit of The Cleaner. So I was 3 levels down , and I thought ‘Yes…Squid”

Squid have built their name on the back of a run of fine singles and their incendiary live shows – including three packed sets at this year’s Glastonbury Festival – which displays an energy and conviction that is positively transcendent in its chaos and fever.