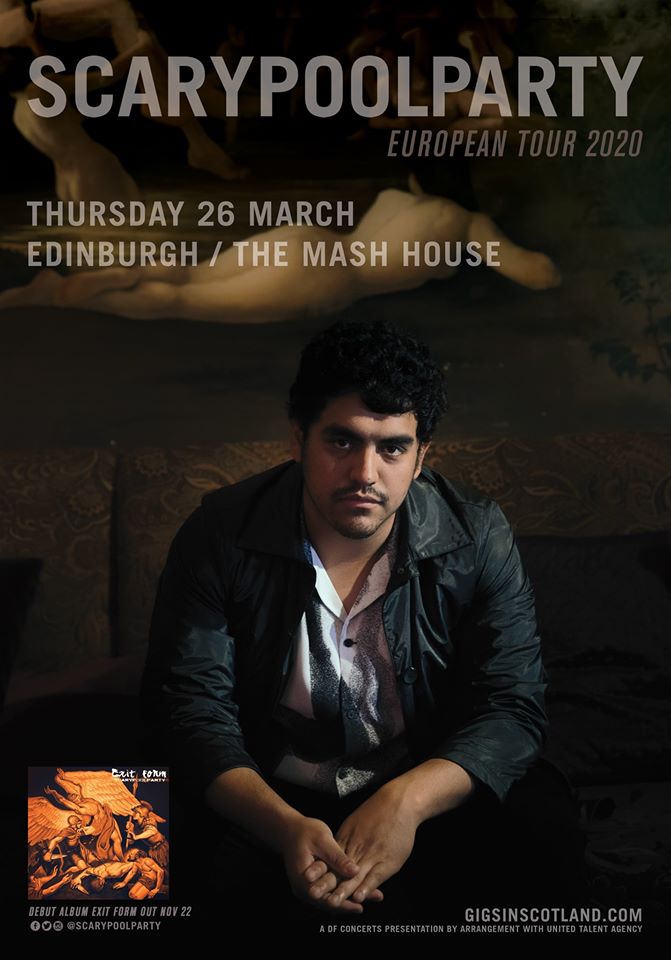 From busking and playing backyard parties, Scarypoolparty has blossomed into a superstar who oozes with talent and honesty in his music. With powerfully charming vocals, wall-to-wall sound expressed across his entire music catalogue and a beyond intriguing interpretation of the pop-indie genre, ahead of his two sold out shows in London later this year, Scarypoolparty is set to take the UK and European nations by storm with his just announced 10-date 2020 headline tour.

Alejandro Aranda (Scarypoolparty) is notable for offering grippingly honest tunes that spark an array of emotions especially with music and synth on tracks like ‘Tonight’ which evidently ensure that the Pomona, California born powerhouse will own the stages of the UK and Europe with his groovy hits flooded with rainy-day textures and talent second to none.

Having just announced the release of his debut LP ‘Exit Form’ for November 22nd, the 25-year-old has already accomplished so much in such a short period of time, including selling out shows across North America in minutes as well as being described by Ones To Watch as an artist that “comes around only once in a lifetime destined to become a household name” at this year’s Lollapalooza festival. There is no doubt that the performance delivered on the upcoming tour is going to be nothing short of perfection.