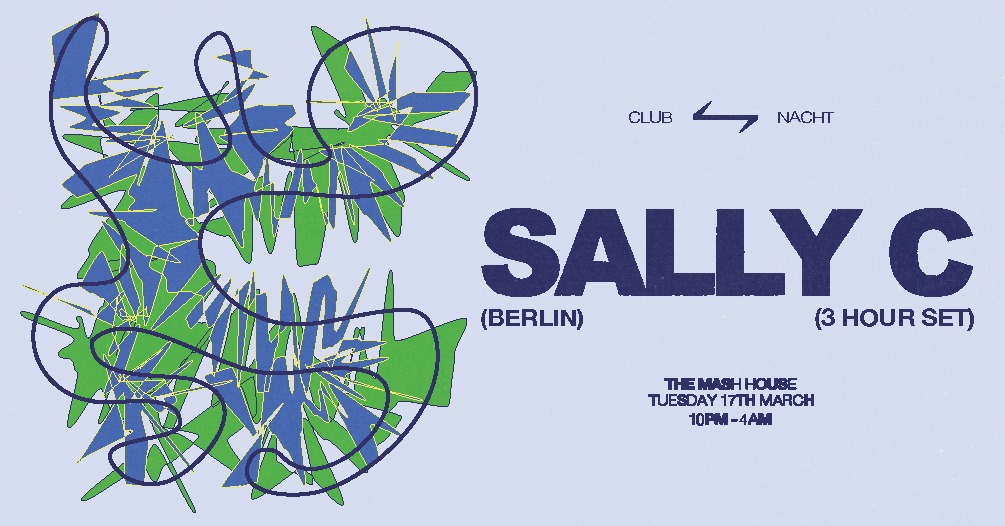 After our sold out Paddy’s Day party with Trance Wax / Ejeca last year, we’re delighted to bring you the Belfast-born, Scotland-raised, Berlin-bred Sally C to Edinburgh for a three hour set. If it was anything like last year this one is surefire to go off.

Immersing herself in the Scottish scene before making a break to Berlin five years ago, Sally has gone from promoting parties The Reading Rooms (RIP) to playing the world over. She’s regularly billed alongside the likes of BICEP, Sulta and Hammer and has played some of the best clubs and festivals on the go right now. Her signature sound delves deep into 80’s / early 90’s house, recontextualising those hidden, timeless gems into something fresh and pretty damn exciting. Prepare yourselves for three hours pure unadulterated fun courtesy of one of the best DJs in the scene. The perfect party for Paddy’s Day.