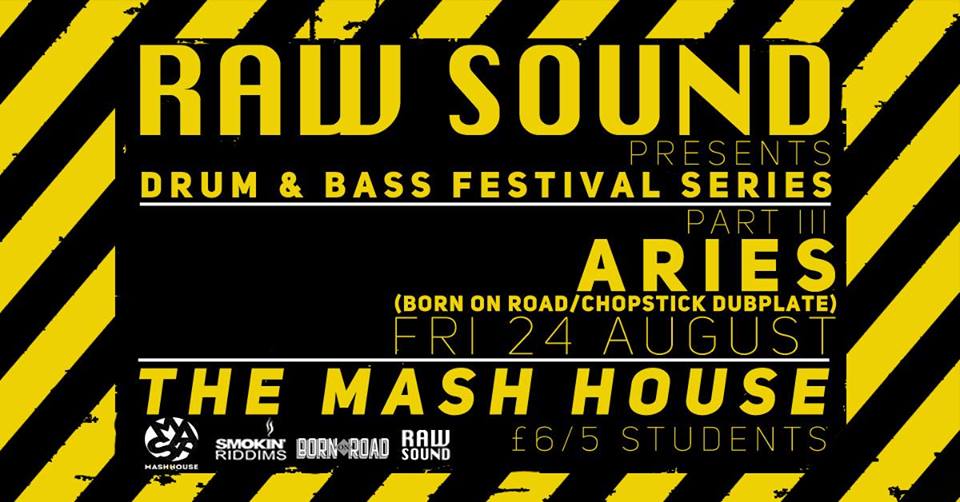 For Part III of our 5AM Festival specials we are proud to be welcoming Aries (Born on Road/Chopstick Dubplate)!

Aries broke through to the A-list of the Jungle world after releasing music on legendary record labels: Congo Natty, Dread and V Recordings, plus he has recorded with a whole world of vocal talent that does by no means stop at Top Cat, David Boomah, Solo Banton, Nanci & Phoebe, Demolition Man, Jah Mason and Johnny Osbourne. His DJing is in demand across the globe having played high profile DJ sets in most major countries.

Aries’ projects vary from his solo exports to the Chopstick Dubplate crew, which is the world’s first international Reggae Jungle sound crew which is fronted by himself, Jacky Murda and Tuffist.

In the mainstream, Aries receives radio play from BBC’s Toddla T, Zane Lowe, Rob Da Bank and DJ Hype plus his Youtube views reach the millions. This is all from one of the most humble people you are likely to meet in the music business.

Tweets by @themashhouse
The Peoples Show