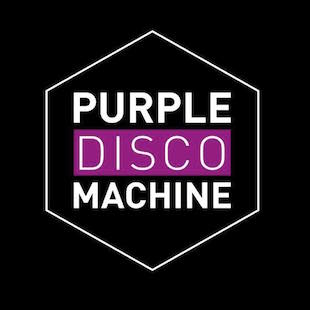 After the huge success of our events in 2016, featuring Dimitri from Paris, Late Nite Tuff Guy, Joey Negro and Pete Herbert, Queens are back in 2017 bringing to you what people described on Skiddle as ‘everything a club should be’, ‘absolutely outstanding’ and a ‘refreshing alternative’.

We are excited to announce the mighty ‘Purple Disco Machine’ as our first headliner of the year at what is set to be our huge 2017 Summer party. PDM has had massive success over the last few years with seminal track “My House” blowing up the scene in 2013 and his more recent Glitterbox residency in Space Ibiza where he has been holding down the underground disco fortress. Expect the finest blend of Underground House & Disco, which he aptly describes as ‘Deep Funk’

The #1 Magnetic Man Underground Artist of the Year and #1 Traxsource Artist of the Year has followed up his run of chart successes with original releases on Defected, Kittball, Exploited and Spinnin’ Deep. Much in demand as a collaborator, PDM has also worked on tracks with Faithless, Aeroplane, Hercules & Love Affair, Duke Dumont, New Order, Two Door Cinema Club and hip hop legend Kool Keith amongst others. Many of these tracks will form part of his debut Album to be released later this year.

On the DJ gig side he is incredibly busy right across the globe. Playing upwards of a 100 shows a year all over the world, highlights include his Defected In The House shows across multiple club nights and festivals, his Glitterbox residency at Space and his burgeoning career in North America. Tours of Asia, Australia and South America, as well as supporting Faithless at their Brixton Academy show, highlights how lucky we are to have PDM play at such an intimate venue as the Mash House.

The Mash House exudes a cool and unique atmosphere. With a New York loft inspired space, walls of rustic brick, industrial scaffold fixtures, natural wood and contemporary lighting. Most importantly for Queens is the Mash House has a stupendously loud sound system! We see this as the perfect fit for our eighties New York inspired club night.

This night is a guaranteed advanced sell out.