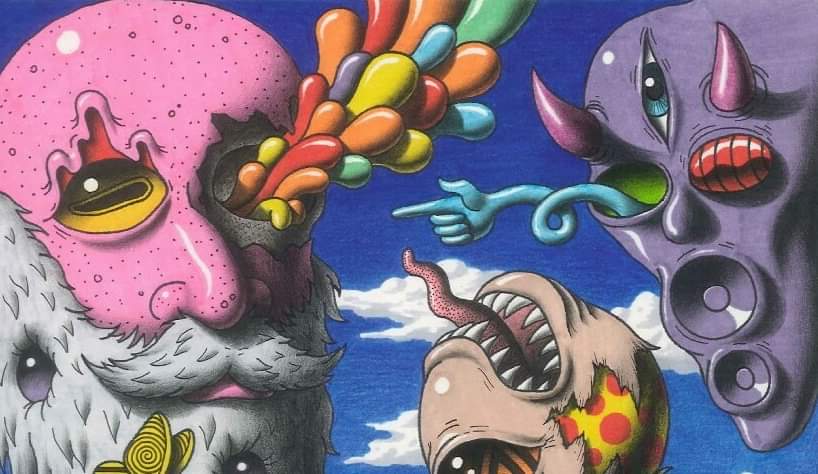 After a stupendously successful launch, it seems loud and clear that Edinburgh has found an itch for fast as fuck psychedelia. Geared up with the TAIKO Sound System, we are now back with one serious line-up.

We’re absolutely thrilled to have the head decks manned by our very own boy from Bristol. As a key figurehead, manager and label DJ at Brain Drill Rec., Allykat lives and breathes fast beats for a living. His refined, energetic and often relentless styles of Hi-Tec have earned him a reputation both domestically, as well as overseas. Allykat, together with his pals from Tribe of Frog, are at the epicentre of southern England’s psychedelic mindfuckery. Yet it is his personal touch that has decisively shaped the Hitechnicians stage at Boom Town Festival into what it is today (shoutout to Rob tho!). Allykat’s regular appearances at Master of Puppets speaks volumes to what ephemeral concoctions that boy can whirl while on the decks – and very fast, too.

Here’s a seasoned digitalfreak with a playing style where
raw, relentless and versatile tracks amalgamate into a veritable trip. Through set-engineering and a decade of experience behind the decks, Phlegethon’s grip creates introspective journeys, rather than amusement rides. At least that was the case during his Psychedelic Madness launch debut, where taps came off and primal chants resonated from the crowd: a true cathartic clusterfuck of psychedelic madness! Phlegethon’s decoding of occult and esoteric frequencies will set the scene at the 165-180 BPM range.

Psychedelic madness is a curious reshuffle where what usually fits the final hours of the night now kicks things off instead. Make no mistake, Psilocyburns, a seasoned veteran of psychedelic beats, will bring his specially chosen selection of heaviest hitters in this debut performance. Beyond the decks, Psilocyburn’s compositions have made him the up and coming signing at Digital Shamans Records, a heavyweight psylabel in its own right. With a bag of trixx from his recents gigs in Switzerland, Psilocyburns is sure to bring along a potent psychedelic audio feast, which means you certainly do not want to miss anything from the get go.

Tweets by @themashhouse
Man of Moon