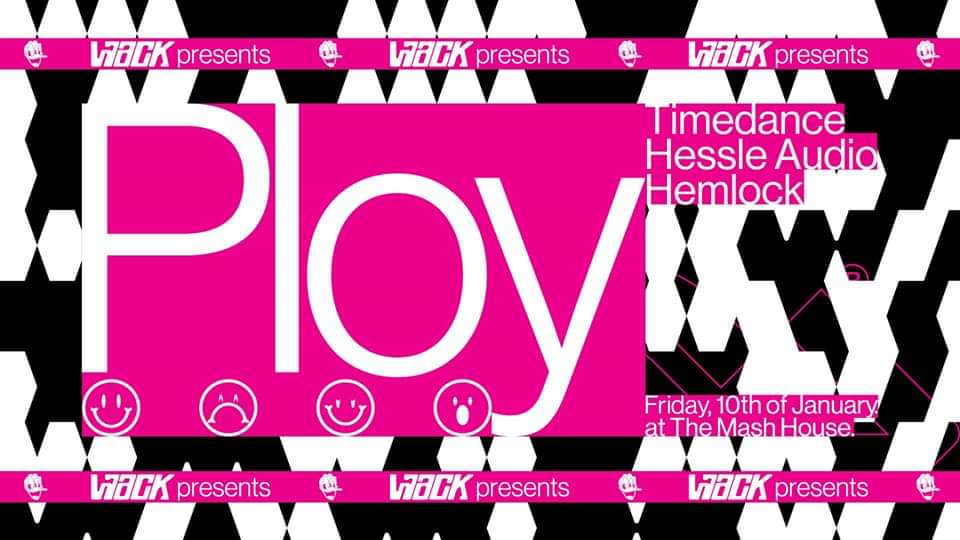 Following on from a successful past year, Wack are delighted to welcome Ploy for our first event of 2020.

As someone who has released some of the seminal UK techno tracks since the sound started evolving, Ploy has cemented his place as one of the most consistent producers in the UK scene.

His music has influenced the new sound of techno in this country. Bass driven, broken, often tribal, constantly experimental but always slamming.

He boasts releases in the past 4 years on Timedance, Hessle Audio, and Hemlock Recordings. Three of the most important labels of the past 10 years; this impressive roster only lends more to the respect that Ploy has in the underground scene.

As a DJ, Ploy holds a similar pedigree to his productions. Expect bass-heavy sounds, off-kilter rhythms, and weighty drums. Having played at clubs like Golden Pudel, Tresor, Corsica Studios and Razzmatazz, Ploy will be sure to bring the party to The Mash House

Support on the night comes from Wack residents Aidan and Burdis, sure to get the place grooving before Ploy does his thing.

For this night we are holding very limited tickets available at only £3. Once these are gone, they are gone.