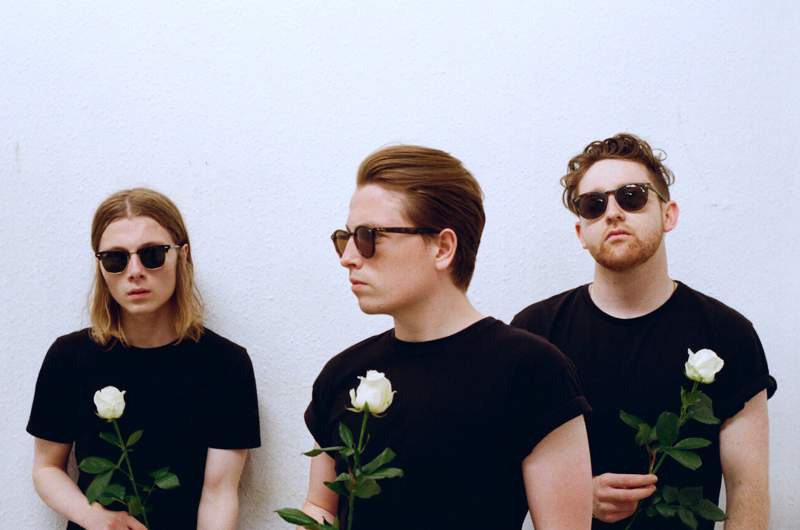 Newcastle based The Pale White comprise of brothers Adam (lead vocals, guitar) and Jack Hope (drums) and long time friend Tom Booth (bass). The group first came together when Adam returned home from London to the North East armed with a handful of demos and a fierce determination to start a band.

Things very quickly took shape when the band adopted the name, which – “alludes to the bright light people claim to see before they die”, aptly reflecting the dark streak that runs through the bands sound. With early support slots opening for Maximo Park and Band of Skulls in their hometown, sold out headline shows soon became a formality, with the band graduating from venue to bigger venue across the city and developing a solid word of mouth following.

Seeing in 2018 with single ‘Loveless’, premiering on Huw Stephens BBC Radio 1 show, the band showcased a more lyrically mature output complimenting their growing trademark thunderous rhythm section and inventive guitar work. Keen to stake their claim, just months after their previous single, new track ‘Peace of Mind’ was unveiled, further revealing the darker streak that runs through their melodic output. A full UK tour with US indie legends We Are Scientists followed, seeing the band receive a 5-star review from The Independent for their opening slot at Shepherd’s Bush Empire, and garnering comparisons to QOTSA. With a new EP in the offing, the shot to the arm British rock needs right now could come sooner, rather than later.

“Every once in a while a new band comes along that raises the bar for emerging artists. The Pale White are (arguably) the UK’s best new band right now.” – Crack in the Road

“Mean guitars and clattering drums. Newcastle’s next great band and one of UK rock’s most thrilling newcomers.” – NME

“Great British guitar music is on the rise again and these lads are a rather tasty prospect to watch very closely.” – Record of the Day

“Unleashed early contender for single of 2018. Absolutely nothing not to love here.” – This Feeling

“New single ‘Peace of Mind’ matches the innate energy of their live shows to a rapidly broadening songwriting ability. A potent sign of things to come.” – CLASH