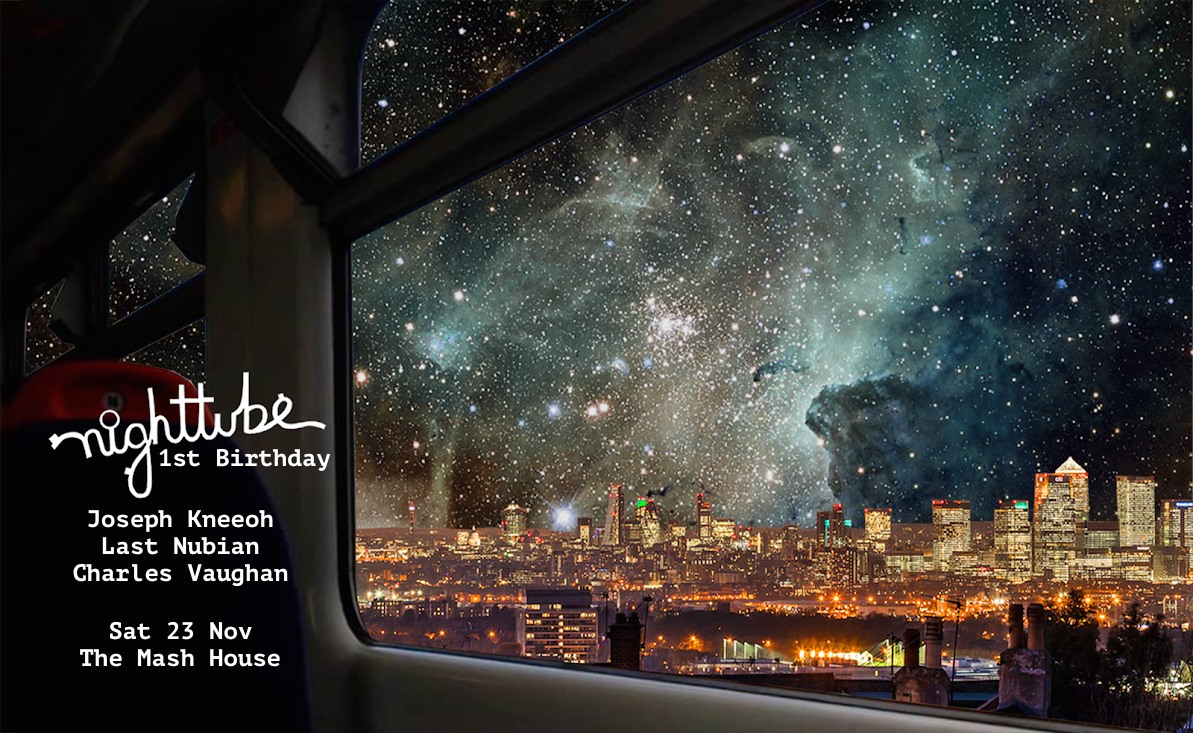 Night Tube turns ONE! To celebrate our birthday we are bringing a serious line up to Edinburgh’s Mash House. Expect a proper show of London’s House & Techno Groove with some special surprises thrown in 💥

Joseph Kneeoh (Family Counselling): Family counselling duo make their Edinburgh Debut. After they blew us away at Night Tube’s London party at Corsica Studios, it is only right we invite them to The Mash House to show Scotland what they’re capable of. With influences from their Garage & Grime upbringing, their unique flavour always gets the crowd jumping.

Last Nubian (Balamii Radio): With a show on Balamii Radio and a recently sold out EP released on Blaq Numbers, this DJ & producer knows how to combine upbeat House melodies alongside a deeper sense of trance. His energetic sets are a demonstration of his deep-rooted knowledge of Chicago House, Jazz and Hip-Hop; this man’s future is exciting, don’t miss this!

Charles Vaughan (Worldwide FM): Charles Vaughan is an eclectic DJ and broadcaster whose sets vary from pulsating jazz & international oddities to selectors disco cuts and soulful house grooves. Charles is the co-creator of ‘Universal Sanctuary’ on Worldwide FM with Tina Edwards, a late-night exploration into the crossroads of jazz and DJ culture. Having made his Boiler Room debut, supported acts including Esa at Pickle Factory and completed a UK tour with Tina, Charles’ detailed knowledge and approach make him a truly eclectic selector.