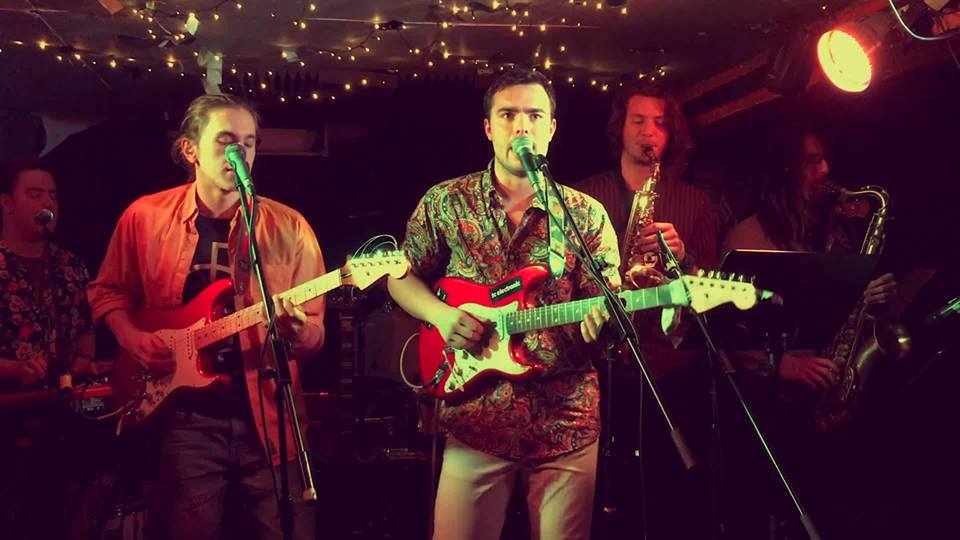 Jimi Get Your Funk On celebrate the release of their debut single ‘My Soul’ with a night of funk, jazz fusion, and R&B. Teaming up with Becky Cole and Bohemian Monk Machine, this promises to be a night of moving and grooving! You can expect fantastic original and cover material, and even a couple of surprises throughout the evening prepared by the headline act. Grab your tickets via the link on the event, and bring a funky shirt!

Becky Cole is an Edinburgh based R&B/Jazz singer-songwriter, fusing elements of her favourite genres to create a refined and contemporary sound. After several years of playing acoustic sets backed by piano/guitar she is now accompanied by, and writing alongside, Lewis Cullen (guitar), Cameron Bradley (bass guitar), and Ali Hutchison (drums).

Bohemian Monk Machine are a 6-piece funk band hailing from Perth, bringing you a night of high energy funk mania! Expect groove based original material and an array of covers and reworks ranging from the 60’s era of James Brown right through to the current sounds of Vulpeck. “Perth Funk Pioneers” – Hollie Irvine (Discovery Music).

Jimi Get Your Funk On are Edinburgh based 9-piece funk band who write and perform their own music, taking influence from bands such as Vulfpeck, Tower of Power, Average White Band, and James Brown. Dressed in an array of funky colours, they bring high energy, groove, and a touch of psychedelia to their live show, improvising in turn on (and even off!) stage in amongst the audience!