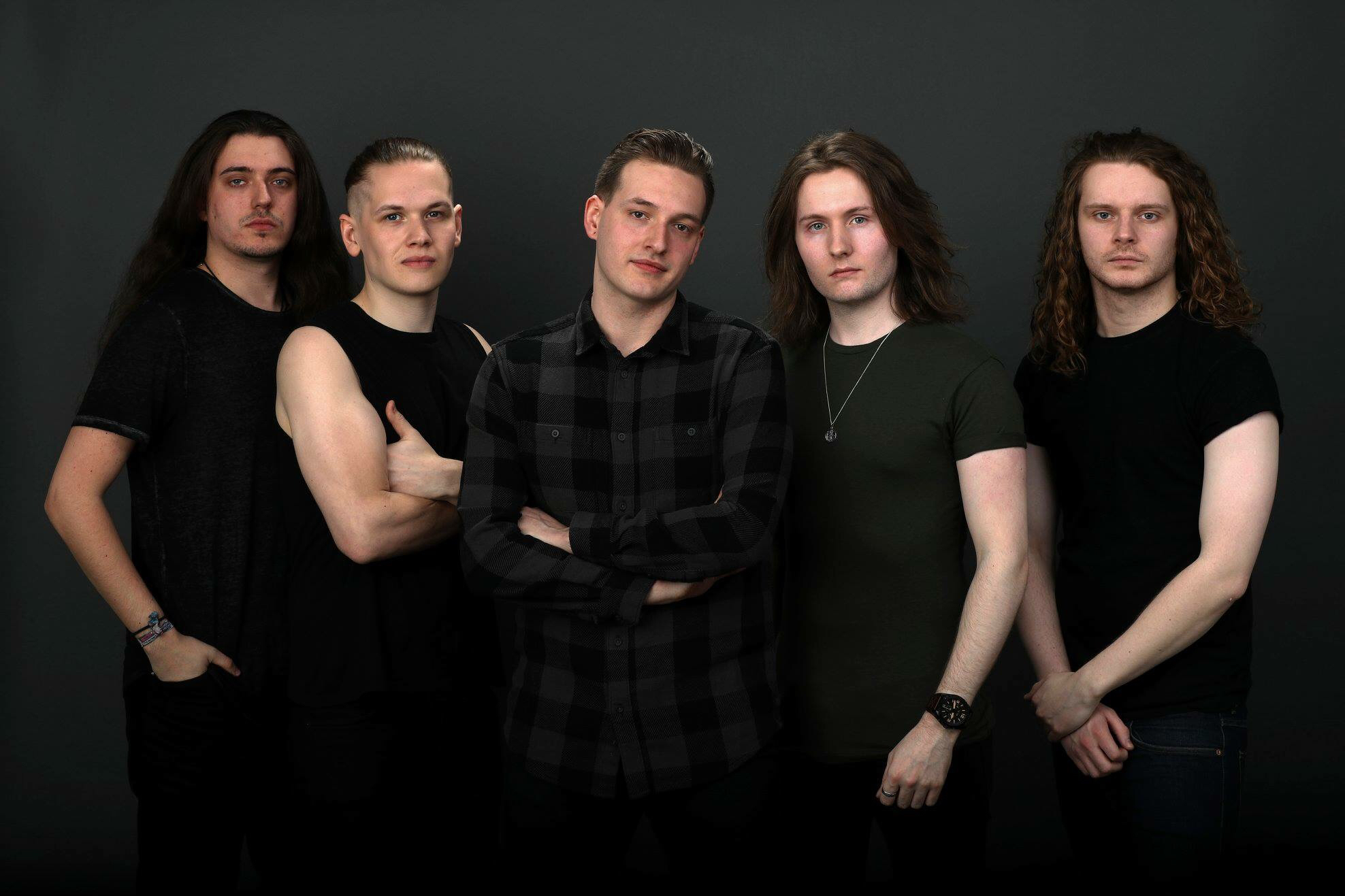 ABOUT
Glasgow’s Mason Hill are hot property right now! From winning the Highway To Hell UK battle of the bands competition, appearing at Ramblin’ Man Fair, Hard Rock Hell, supporting Inglorious to signing a multi-album deal with Frontiers Records – this is a group very much in demand! The Scottish quintet’s blend of Classic meets Modern Hard Rock results in a batch of uncompromising riffs accompanied by anthemic sing along choruses and stadium friendly ballads. Their high energy live shows impress wherever they play, and they display the swagger and confidence of a band that has being doing it for twentysome years.

In 2008 two school friends, vocalist/guitarist Scott Taylor and lead guitarist James Bird, acted upon some musical commonality and hooked up to write songs together. The duo found almost instantaneous success, pipping some 12,000 artists to win the Scottish section of the European battle of the bands Surface Festival competition. This led to them performing at the O2 in London, but more importantly, planting seeds in their minds of what the future may hold.

With their appetites well and truly whetted from this modicum of success, Taylor and Bird formed Mason Hill in 2013 with drummer Craig McFetridge being the first to join the ranks. After a few personnel changes, bassist Matthew Ward settled into the role in 2015, with guitarist Marc Montgomery completing the current line-up in 2016 – allowing Taylor to concentrate solely on vocals.

In Dec. 2015 the band released their debut E.P, the self titled ‘Mason Hill’, featuring four tracks that highlighted exactly why this band are turning heads – outstanding songs that demonstrate a maturity far beyond their years. Recorded at The Foundry Music Lab with Sandy Jones (Wet Wet Wet) in the producer’s chair, the E.P has been critically acclaimed amongst the music press and fans alike.

2016 brought several breakthroughs in the band’s career, firstly the invitation to perform on The Rising Stage at Ramblin’ Man Fair, headlined by Whitesnake and Black Stone Cherry, signing a management deal with Shock City Productions, winning the UK wide Highway To Hell battle of the bands competition that earned them opening the main stage slot at Hard Rock Hell 2016, alongside the likes of Ugly Kid Joe, Ratt & Glenn Hughes, appearing at Winterstorm Festival, alongside the likes of Ricky Warwick, Last in Line (ex-Dio) & Inglorious to selling out their first ever headline show at the famous Cathouse Rock Club in Glas- gow, with one month left to spare – a feat only achieved in recent times by Anthrax & Black Stone Cherry.

The career progression continued into early 2017 when they signed a multi album record deal with Italian label Frontiers Records, home of Whitesnake, Journey & Toto, were special guests to Inglorious in London at their sold out second album launch show, appeared triumphantly at Download on The Boardie Takeover Stage and opened for Airbourne at their sold out club show in Edinburgh.

They released their first promo video for ‘Now You See Me’ and returned to their hometown for their second headline show at G2 which again sold out, with demand so great that it was upgraded to the 750 capacity The Garage where the likes of Magnum, Tesla, Symphony X and many more perform – packing the place to the rafters. The band are currently putting the finishing touches to demos for their debut album which they will begin recording later in the year and will support for Gun at the Glasgow Barrowlands in December plus an appearance at Planet Rockstock. And to think, all this off the back of a solitary four track E.P