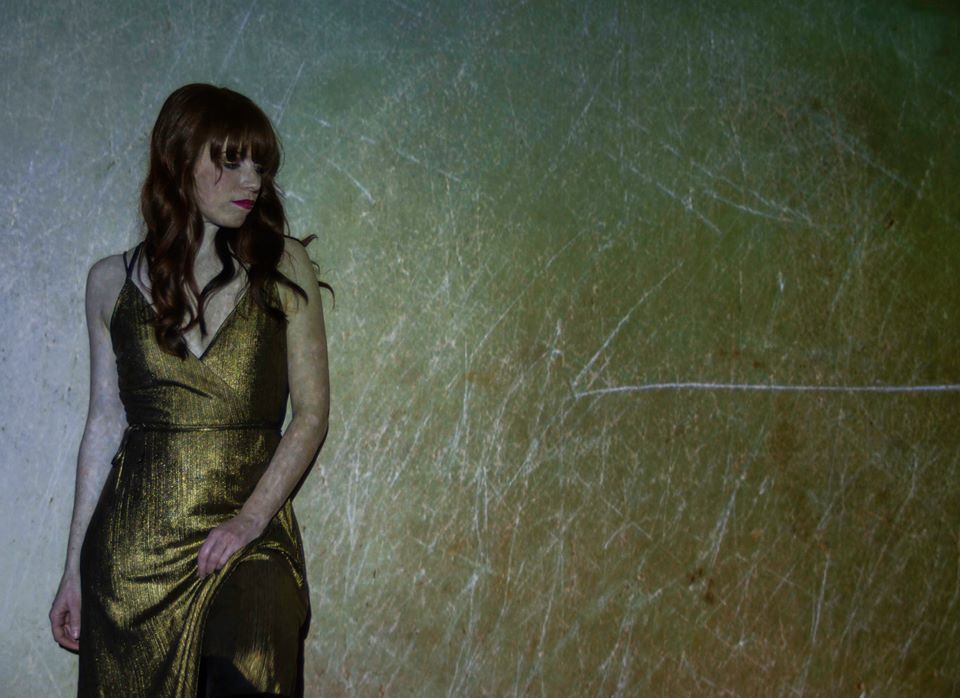 LIROY is an Irish musician living in Canada for last 10 years. This is her first time coming home to do a full U.K and Irish tour of her own music.

An exploration of sumptuous pop melodies and guitar amongst earnest, heart-aching lyrics, Liroy is the one-woman creation of Liz Pomeroy, former frontwoman of Burning Daisy. The Calgary Herald describing her earlier performances as a “sizzling stage presence [with] sultry Shirley Manson voice, Liz has now added guitar to her solo performances.

Originally from Dublin, Ireland, Liz formed Burning Daisy in 2011, the band ear worming its way onto the [local] music scene with immediate success. Presenting a “Burlesque rock and stage show theatric” that fans came to adore, Burning Daisy’s final single, Cuz I Said So, was described as “excellent and anthemic” by music reviewer Mike Bell.

The band was put on hiatus when Liz relocated to Edmonton, Alberta in order to complete a music diploma at Grant MacEwan University. Currently performing as a soloist or with a full band, Pomeroy’s journey has defied her musical and live performance boundaries; forging the brooding melancholy Burning Daisy embodied to fresh, light-seeking sounds. In recent years the artist has become a low impact living advocate, which as informed her song-writing style and led to the creation of protest lyrics in her latest work. These heavy topics are contrasted by catchy pop melodies; creating a sense of irony and rebelliousness on stage. This is Liroy.
www.liroy.ca

The Violet Kind released their debut EP entitled OXTR in March 2018, recorded at Post Electric Studio by Rod Jones of Idlewild and The Birthday Suit and mixed and mastered by Rob Thomas at LongWave Studios (Twin Atlantic, The Blackout, Funeral for a Friend). The EP was championed by the likes of Team Rock, The Skinny and Tenement TV and earned the band the title of UK Artist of the Week!

OXTR is a concept EP tackling difficult but topical subject of rape culture, with the aim to empower women. The title of the EP is OXTR, representing the chemical oxytocin which enables the fight/flight/freeze function in the female brain. This is presented in the art work, which takes the chemical structure and forms a new pattern, much like the way the thematic ideas are written. The songs are subtle yet relatable and will speak to a wide audience with pretty melodic sounds and a strong indie rock vibe.

“If you love indie with meaning, listen to The Violet Kind’s OXTR. And when I say listen, do.” Get In Her Ears

“If this one song can give hope and inspire change, we’re excited to see what the rest of the songs on OXTR can do, and how The Violet Kind will continue to bring stories that deserve being told to life through their music.” Atwood Magazine

“It’s a dark and troubling subject but one that the trio have approached with delicacy and intelligence.” Tenement TV

LOU MCLEAN began her music career as a graduate of Girls’ Rock School Edinburgh in December 2015, and her highly-praised debut EP ‘September to December’ was released in May 2016.

Since then, her style of storytelling in song has been compared to Courtney Barnett & Kate Nash, and she has earned a reputation as a great live performer & entertainer, supporting Lail Arad & Laura Stevenson.

Her blend of acoustic pop hooks, beautifully wry lyrics and an exceptional voice adds up to a unique mix of pop sing-alongs with riot grrrl spirit.

“A gem of the Scottish underground Scene” – Tenement TV, Glasgow 2017.