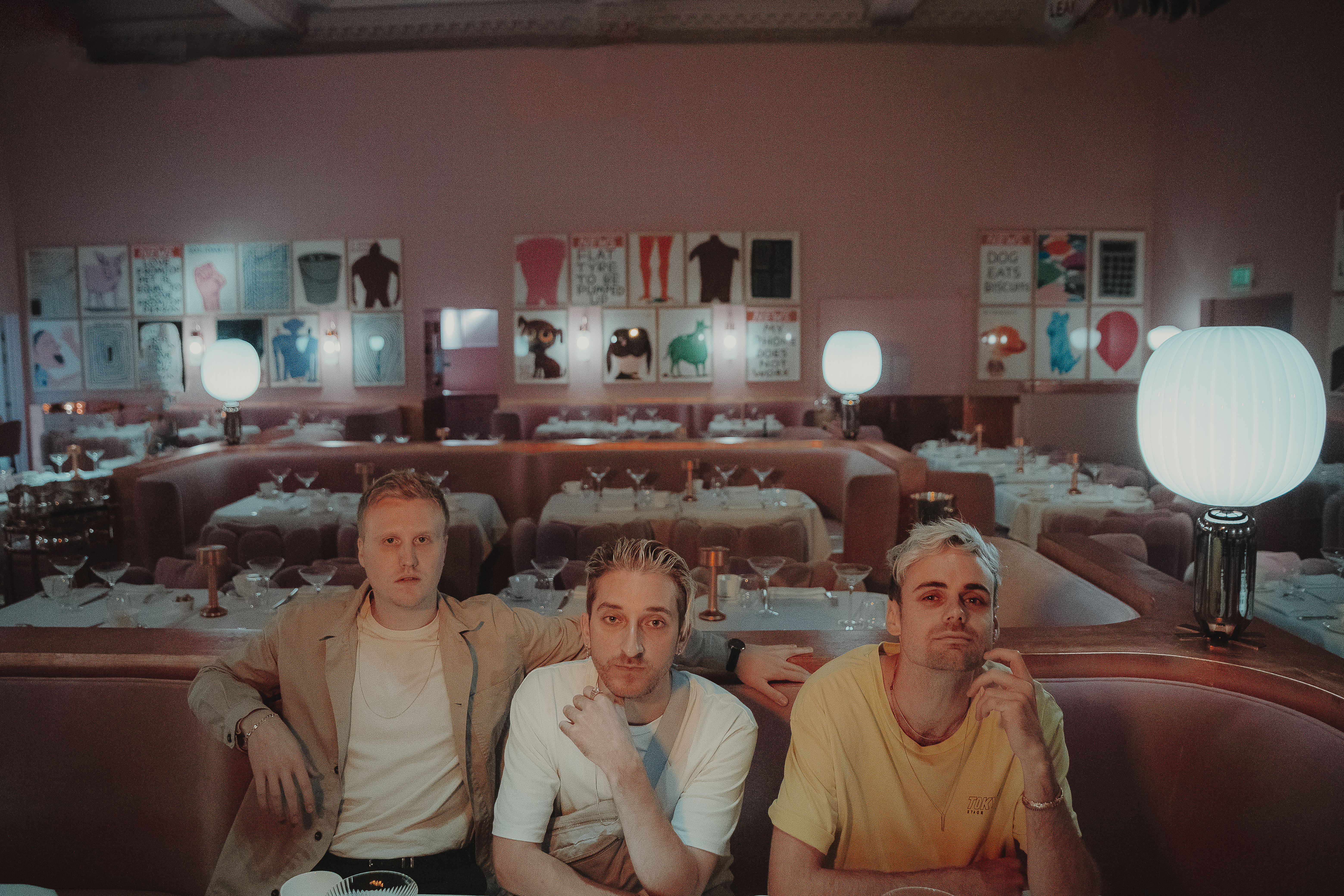 Around the world we’re obsessed with the virtual endless scroll. Collectively, we now spend more time than ever processing, reacting to and sharing images that make us laugh or cry. We’re served up a dopamine rush that provides fleeting, addictive, disposable highs. Don’t we all deserve a little better than this? Liimo seem to think so.

The pop trio’s music revels in these complex times, as they provide aspirational anthems that’ll implore you to reconnect with the world around us a little better. With each song, Liimo has created an intoxicating sound where sweet melodies rub shoulders with idyllic, dreamy lyrics.

It all starts with the name, says lead singer Kieran. “Liimo is an abbreviation of ‘little more’. The thread between our lyrics is that we aspire for a touch more of everything; a little bit more time, a little bit more money, a little more indulgence, a little more love. Sometimes these things aren’t the answer, but we’d sure like to try it out ourselves.” They dream of a better world and are now doing their best to will it into existence.

The band know each other from their native Edinburgh, with Kieran, CJ and Jamo all meeting as teenagers. They bounced about in different projects and got to know each other via the creative scene, but it was only when they started working together as Liimo a couple of years after moving down to London that things clicked. “There’s an authenticity writing together because there’s a collective pool of memories to pick up on and pull influence from,” Kieran says. “our lyrics are about real life, being broke, love in a big city with the romanticism of warm nights far away.”

Liimo’s music isn’t preachy, nor does it pretend everything is rosy and well, but it does what few acts have managed to do in the modern age; to create a dialogue for listeners to identify their lives with. Take their upcoming EP’s lead single ‘Pineapple Radio’ – a bittersweet rush of pop magic that encapsulates the world they’re creating. “It’s one of the most honest tracks that we’ve written and we can’t wait to get it out there, the song is about withdrawing from the highs for a little dose of what really matters”

The group bonded over their mutual love of thoroughly modern pop stars. US R&B act Khalid, pop sensations Lany and Drake’s sultry protégé Majid Jordan remain touching points for where the group are headed musically, but the band’s meticulous nature and chasing of identity runs deeper than their songs.“There needs to be a whole vibe and belief in what you’re doing but that spans more than music, it’s about the aesthetic, how you act, what you say, everything.” Have a browse at the band’s pastel-plastered social media channels and you’ll instantly get an idea of the vision that they’re chasing.

A smattering of original songs, as well as covers of pop heavyweights like DJ Khaled and Ariana Grande is what Liimo have offered up by way of material in 2018, but their upcoming EP is the one that’ll please pop heads and beyond. ‘Get Weird’ sounds like the perfect soundtrack to dipping your toes into blue waters, while ‘Money’ acts as a relatable anthem for trodden-down city dwellers everywhere. Why wouldn’t you want a little bit more? Liimo thinks you deserve it.

*POSTPONED, NEW DATE TBC* The Reytons
This website uses cookies to give you get the best experience possible. By continuing to use this site, or clicking 'I accept', you agree to our use of cookies. Please read our Privacy & Cookie Policy to see how we use cookies and to learn about how you can change your browser preferences. Find out more.
Scroll to top