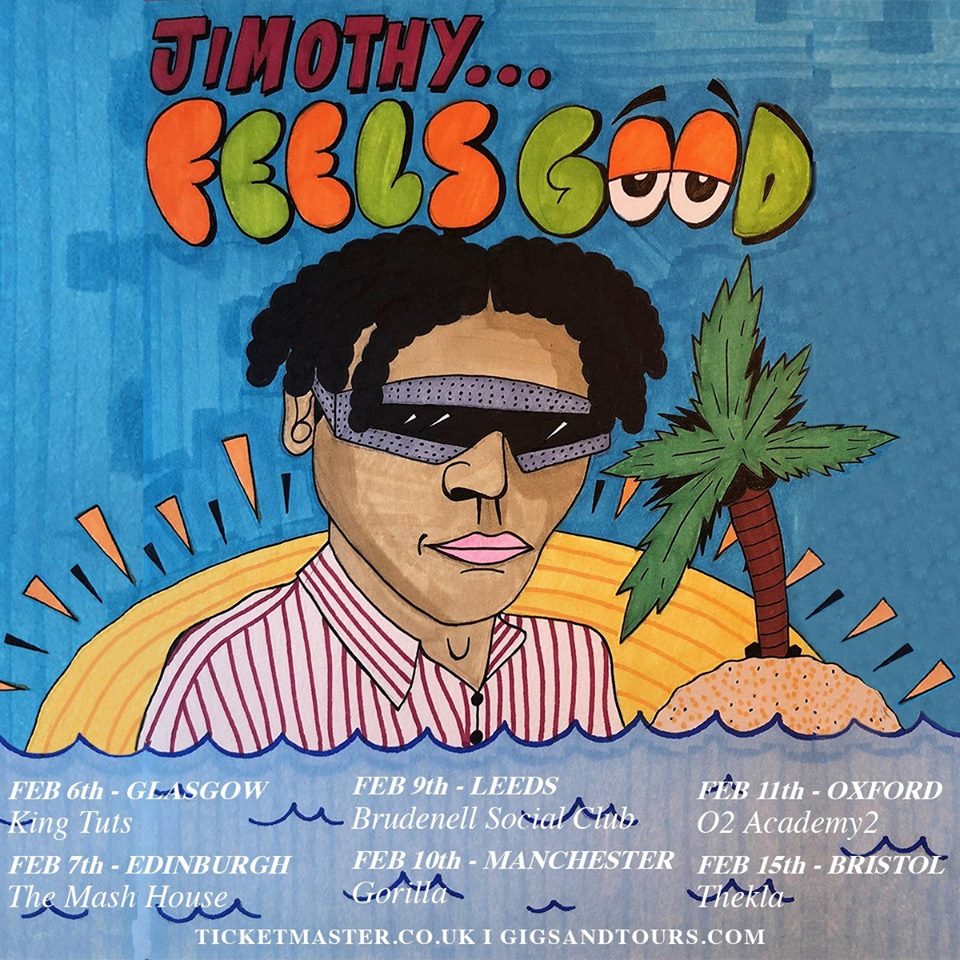 With his idiosyncratic dance moves, genuinely uplifting lyrics, a sense of style which somehow successfully reclaims red trousers from West London dad lads, Jimothy Lacoste is one of the most distinctive new voices in UK music.

The Camden artist, real name Timothy Gonzalez, has been going viral with a series of zero budget yet wildly inventive music videos like “Getting Busy!”, a pop song about staying organised despite a packed schedule, and “Subway System”, an ode to the London Underground network. He’s found fans from grime MC Giggs to television presenter Reggie Yates, who’ve all fallen in love with his bright, hook-filled pop music and droll, deadpan vocals.

But make no mistake, as fun and as funny as Jimothy can be, there’s more to the man than a meme: he’s truly and assuredly unlike anyone else out there, and he has the sound, the style, and the look to make him a DIY star.