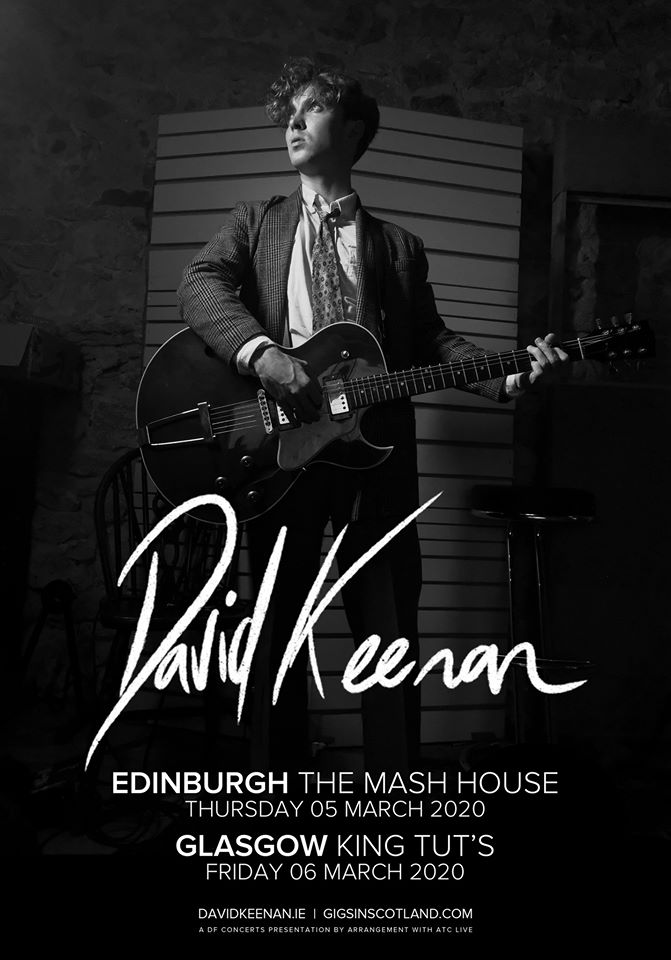 David Keenan is a twenty-four-year-old Irish songwriter whose words seem to walk a fine line between poetry and prose with a voice that grabs you by the scruff and takes you by the hand into his world of imagination.

Inspired by escapism and lyrical greats such as Yeats, Kavanagh, Dylan and Cohen he embodied the role of a down and outs young apprentice and scoured the streets of Liverpool and London for experience before taking his notes and embryonic ideas back home to dissect.

In Keenan the Irish storytelling tradition is alive and well and his live performances are both spiritual and intense in equal measure.
2017 saw David release his first single Cobwebs through Barrack Street Records with a video directed by Myles O’Reilly.

Cobwebs “This stopped me dead in my tracks” Hozier

“David Keenan is one of our best he is extraordinary, it’s our duty to support fine talent when we hear it, see it, experience it” Glen Hansard

“David has it all, voice, guitar playing, lyrics, he’s a master of all three. Instead of Patrick Kavanagh and Luke Kelly what springs to mind and life for me is Van the Man and Kavanagh with a luscious lilt, growing like a wildflower, sublime” Damien Dempsey

“The first time I heard David Keenan I knew he had something special….a lyricism and musical wisdom that most artists can only dream of. David not only dreams of it, he does it for real. A gifted Singer-Songwriter who has pulled me right in, right where I want to
be. It’s a beautiful place” Fiachna Ó Braonáin Hothouse Flowers

Not just another young lad with an acoustic guitar, Keenan is the sound of Tim Buckley and Brendan Behan arguing over a few jars, while Kavanagh deals Dylan a suspicious hand of cards, and Anthony Cronin and Jack Kerouac furiously try to scribble it all down Hot Press Magazine

“The 24-year-old with the brooding aura, intense gaze, and floppy haircut is difficult to figure out but it’s indisputable that he is an excellent songwriter, mature beyond his years with a natural talent for that storytelling tradition” The Times and The Sunday Times

Error: No posts found.
And You Will Know Us by the Trail of Dead