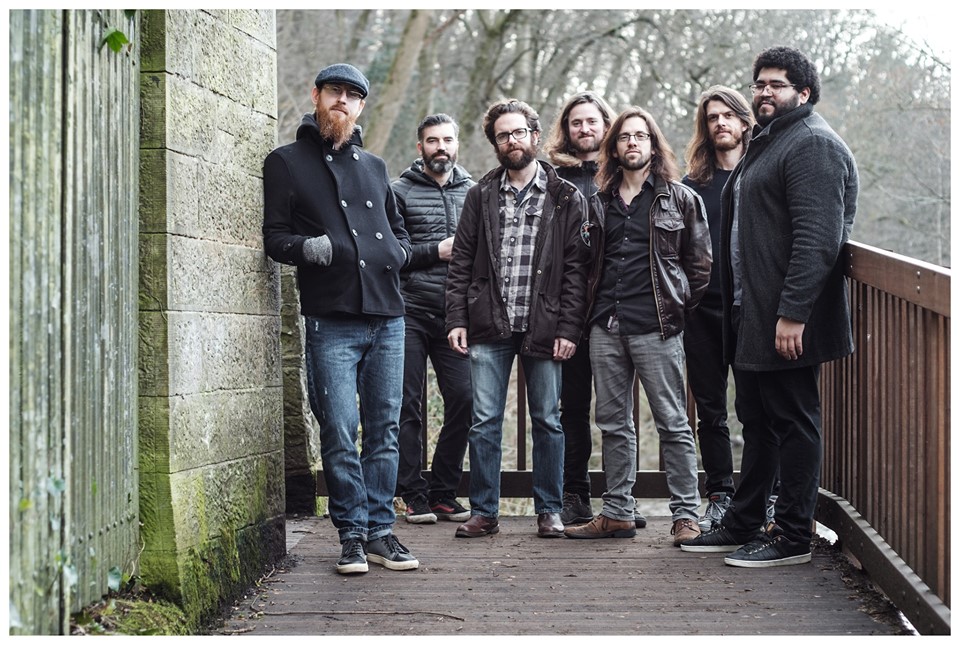 In 2017 Singer-songwriter Mike Kearney, trapped on board a cruise ship on the west coast of the US for 4 months, wrote and arranged an album of 9 ambitious new songs; songs that provided an escape from life at sea, and a commentary on his travels.

He called it ‘Alaska’.

For the past two years, The Katet, in the gaps between their sell-out Stevie Wonder and John Williams fringe shows, have been working up the new material.

The 7-piece’s music aims to challenge both the listener and the player. Kearney’s vision is some kind of clever synthesis of jazz-funk fusion and blue-eyed soul that is rooted in accessible grooves, killer 3-part horn lines and catchy choruses. Comprising entirely of top session players, they are “Edinburgh’s Funk Behemoths”.

This will be the band’s fourth studio album and, tired of the old format of working their asses off for 3 years and spending a fortune to release a long play record that is essentially a drop in the ocean these days, the new plan is to make Alaska in 5 Phases, collaborating with artists from all across Scotland and culminating in a crowdfunding campaign and Album Launch/Completion Party!

You’re hereby invite aboard for PHASE 1. This November, The Katet record and release the first single, Turtle Dove. This is the beginning of what promises to be a long and exciting adventure, to Alaska!

“Something of a Funk Colossus” Evening News ****

Pongo
This website uses cookies to give you get the best experience possible. By continuing to use this site, or clicking 'I accept', you agree to our use of cookies. Please read our Privacy & Cookie Policy to see how we use cookies and to learn about how you can change your browser preferences. Find out more.
Scroll to top