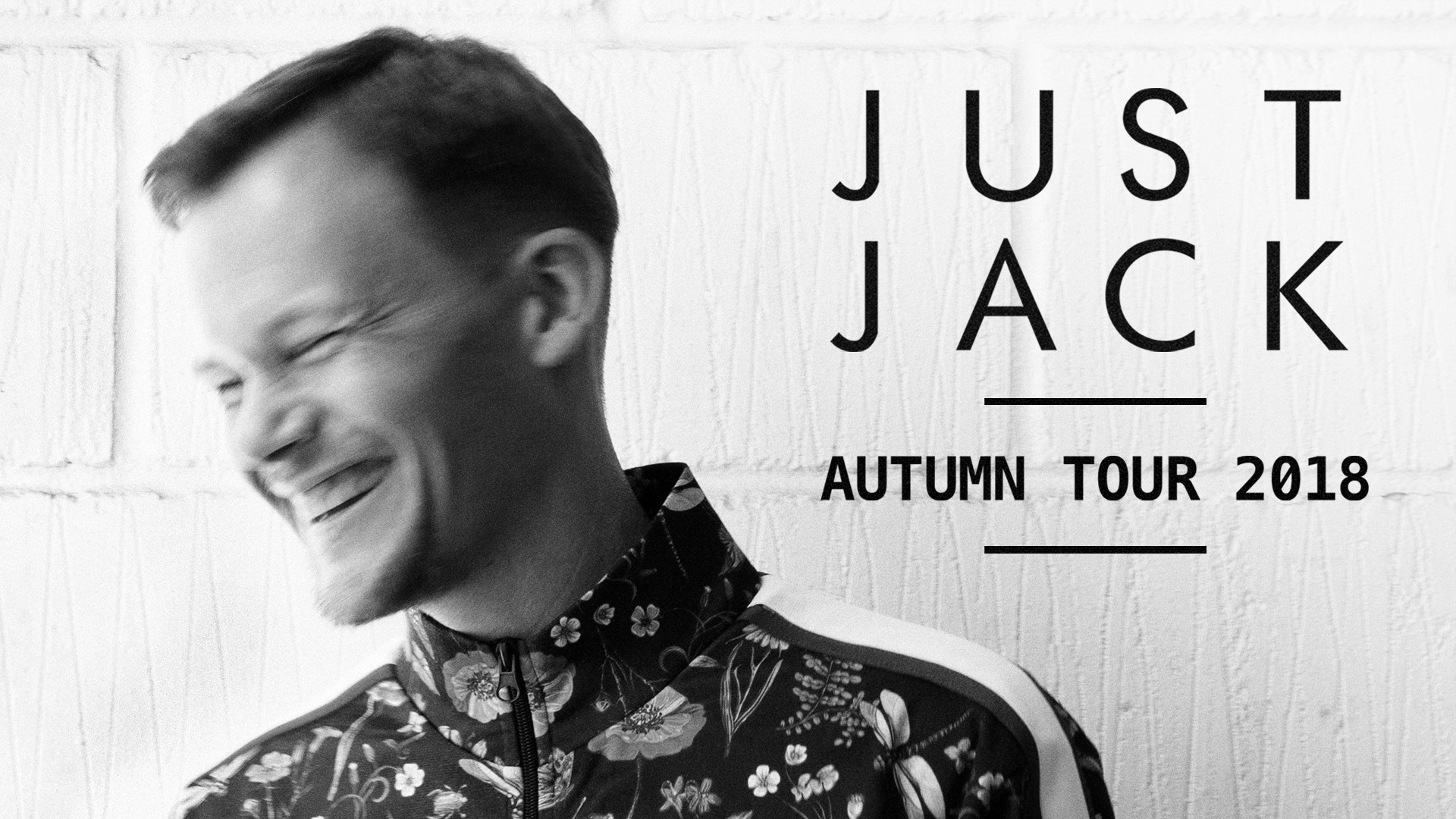 Jack Allsopp aka Just Jack, first emerged in 2003 with his critically acclaimed debut album, The Outer Marker. Released on small independent label, Rolled Gold – under the guidance of Cathal Smyth from Madness – the album showcased what would become Jack’s trademark sharp lyricism over laid-back beats.

His mainstream breakthrough came in 2007 with the album ‘Overtones’ (Mercury Records), featuring the Ivor Novello nominated hit Starz In Their Eyes. This was followed by All Night Cinema in 2009 which produced the hits The Day I Died and Embers.

With the arrival of his daughter in 2010, Jack took a break from touring and taught songwriting on a degree course in his new home town of Brighton. Over this period he released four well-received EPs and, under a pseudonym, contributed vocals to a series of successful underground house tracks.

Now Jack returns with his fourth album, ‘What We Did Today’, independently released through his own Nearly Native Records. Full of earworm melodies and insightful lyrics, the record tell stories of childhood crushes, failing marriages, dealing with kids when hungover, and being strip-searched at a festival. The production is warm and organic, blending live instruments with analogue electronics.

Of the album Jack says, “I feel like I’ve found a new confidence, I know who I am. I’m particularly proud of this record, not only because I produced it myself but because it explores such a wide range of influences, marrying elements of what I did in the past, with where I’m at musically now.”