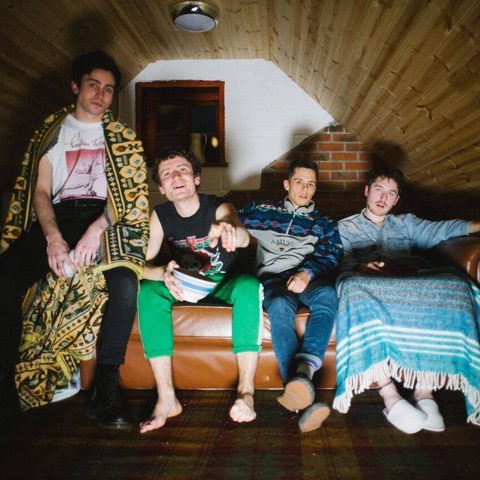 The Hubbards are a 4 piece indie pop band based between Leeds and Hull. So far, the band have received day and night-time airplay on BBC Radio 1 and BBC 6 Music, including an on-air interview with Fearne Cotton. Their previous singles “Is it
Me” and “Dog Bite” were both played by Jen Long and Ally McCrae (BBC R1), and Tom Robinson (BBC 6 Music), as well as regional radio stations. They have toured extensively around the UK at venues including The Cockpit and Belgrave Music Hall (Leeds), 02 Adacemy (Sheffield), Night and Day (Manchester) Hare and Hounds, The Rainbow and a Red Bull Lock In (Birmingham) and many more.

Support slots include Spector, The Pigeon Detectives, Skaters, We Were Promised Jetpacks, Little Comets, and they have shared festival stages with Foals and The 1975.

The Hubbards were the only indie band featured in Hull’s “Ones to watch” section of its “City of Culture 2017” guide. The band were also interviewed by The Guardian speaking with Peter Mandelson leading up to the bid.

“The Hubbards never disappoint – you stand there during the live set thinking “that’s the best song” then the next one comes along and you think the same and on it goes until you’re left with a whole set full of new favourites. Brilliant band.” – Alan Raw, BBC Introducing