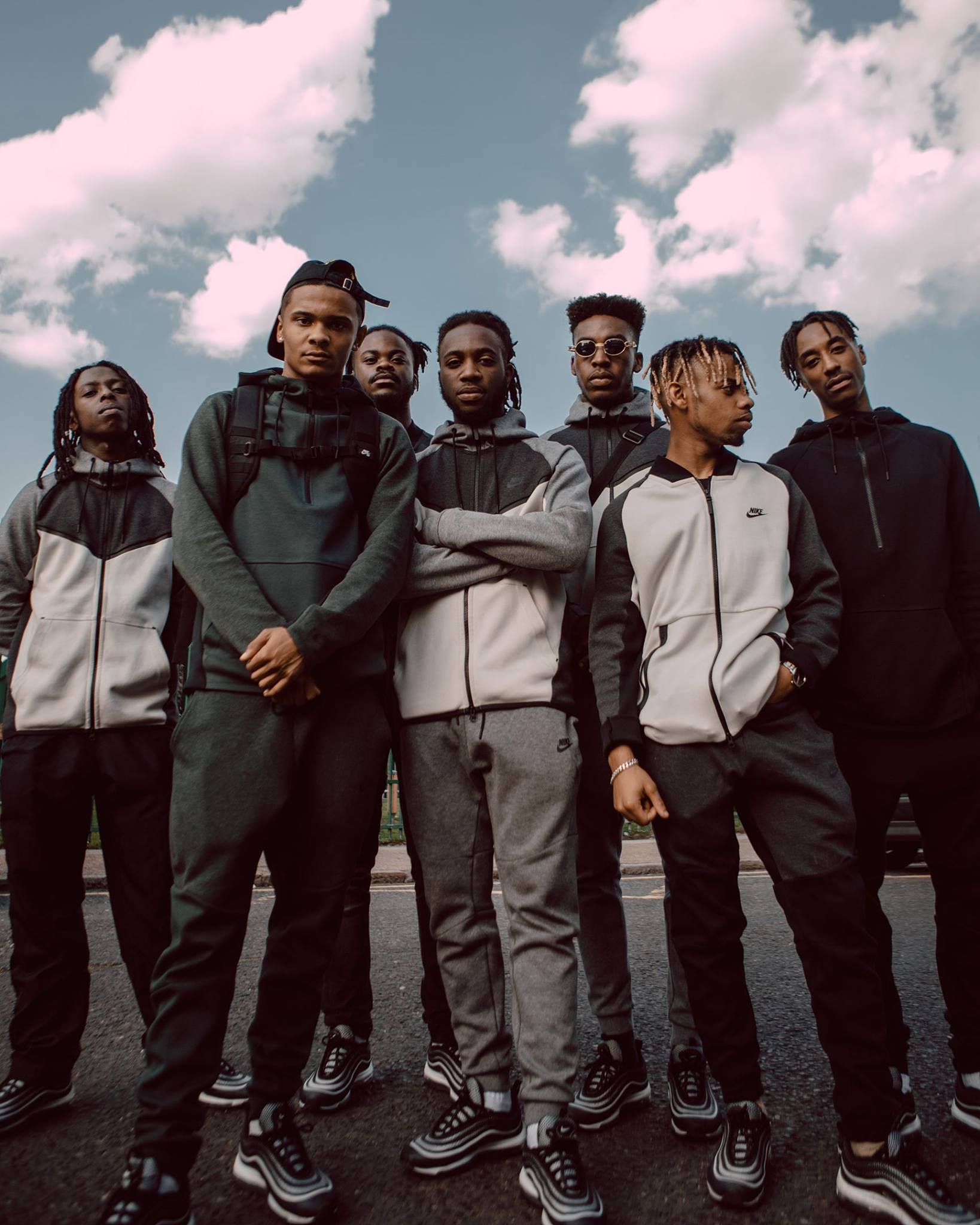 Get to know the London collective who are shunning genre categories and keeping their business in house.
As one of the UK acts creating a buzz right now, House of Pharaohs are proving that staying true to your art can pay off.

The London group established their distinctive sound with debut mixtape Real Faces last year. Their hype grew as their track RWM was played on Frank Ocean’s Blonded Radio, and they landed a partnership with Nike to create the visuals of their single London’s Finest. From the very start, House of Pharaohs gained a lot of their support through a reputation accumulated by their high energy live performances across London. In 2017 the crew were invited to join Charlie Sloth on The Plug Tour, performing shows in cities across the UK as well as Italy and Amsterdam.

The group recently followed up Real Faces with The Fix EP. Remaining versatile in their sound, the group members – some of who are former Brit school students – express a youthful energy that doesn’t affiliate itself in relation to UK genres like grime or drill. Their “unique, free and timeless” style sees them blend hard-hitting beats with psychedelic flourishes, putting their own twist on a combination of genres best assigned to alternative UK rap.