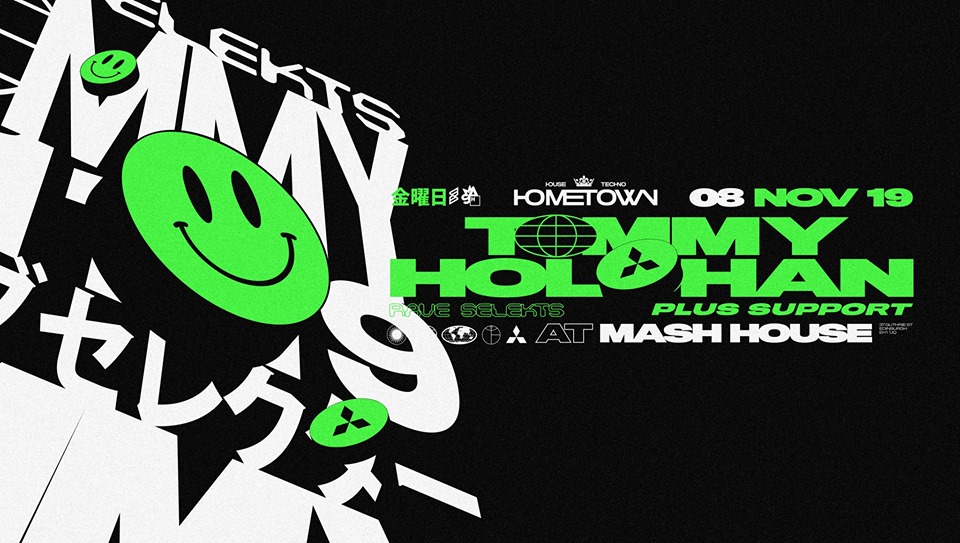 This November we are proud to welcome one of Ireland’s fastest rising young DJ’s, Tommy Holohan to the Mash House for his Edinburgh debut.

The Rave Selekts boss and Techno & Cans resident’s rise to worldwide notoriety has been unprecedentedly quick but most definitely deserved.Since he first emerged he has flexed his production muscles in a big way, showcasing styles across techno, rave, jungle as well as going as far as club house that has attracted the attention of big hitters like Dax J, Mall Grab / Jordon Alexander and even Mixmag, all of whom have touted him on the highest platforms. Having released on his own label Rave Selekts along with fellow Irish talent Casper Hastings and then attracting the glistening ears of Resident Advisor and DJ Mag, who both premiered tracks from his first solo EP that took different aspects of his adolescence in Rush and reimagined them in four tracks that touch on ambient, rave, techno and break beat in what was easily one of the most interesting releases of the year on an international scale.

Tommy’s career is very much on the up right now, with (limited) early bird tickets starting at just £6, this may be the cheapest you ever get to see him in Edinburgh. So grab them fast as they will shift quickly!

In the meantime check out his ridiculous Boiler Room: