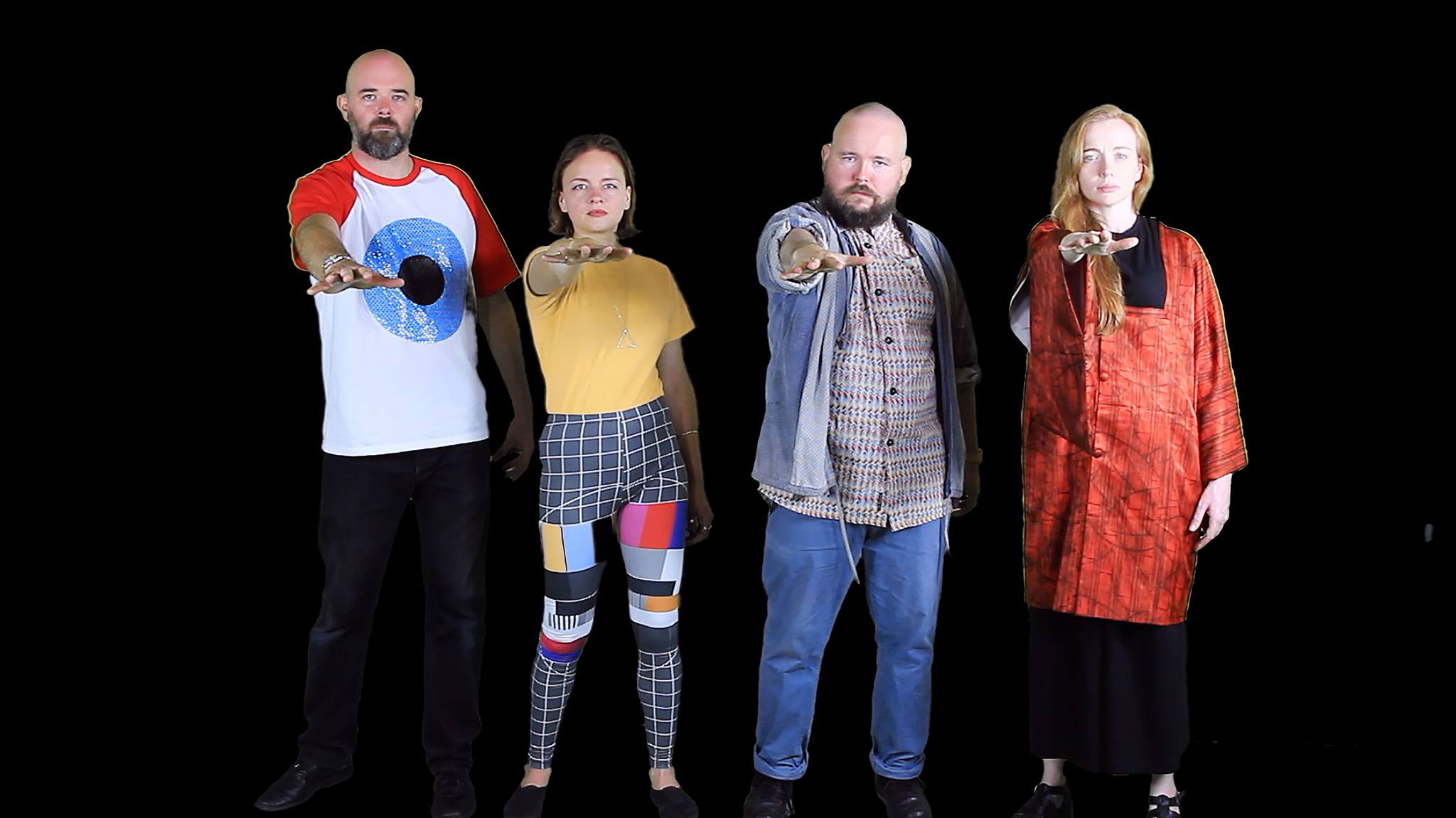 Founded by Richard Dawson and harpist, Rhodri Davies, with the addition of Dawn Bothwell and Sally Pilkington, Hen Ogledd’s meaning comes from the Welsh name for The Old North.

Mogic is Hen Ogledd’s third LP (their first for Weird World), and their most surprising and accessible work yet. Each hailing from historically different tribal regions of the Old North, the musicians on Mogic challenge the idea that the ancient world was rife with magic, while the new is infiltrated by cold logic. The tracks on Mogic create new phantasmal blends of images and ideas that draw upon the mystical and technological. Mogic is a discombobulating pop prayer exploring artificial intelligence, witches, nanotechnology, pre-medieval history, robots, romance, computer games and waterfalls.

This dynamic record of eddies and swirls, ravishing melodies, hallucinatory textures and bonkers rhythms is pinned down by some deft performances: Pilkington’s picture-perfect pop and earthy singing, Davies’ blazing harp splutterations and guitar moans, Bothwell’s twisted telephone techno and bamboozling lyric-bombs and Dawson’s utter bass. No small mention must go to special guest Will Guthrie, one of the finest and classiest drummers there is, who’s all over this record like long grass on dunes.

Tweets by @themashhouse
Johnny Johnny at The Mash House