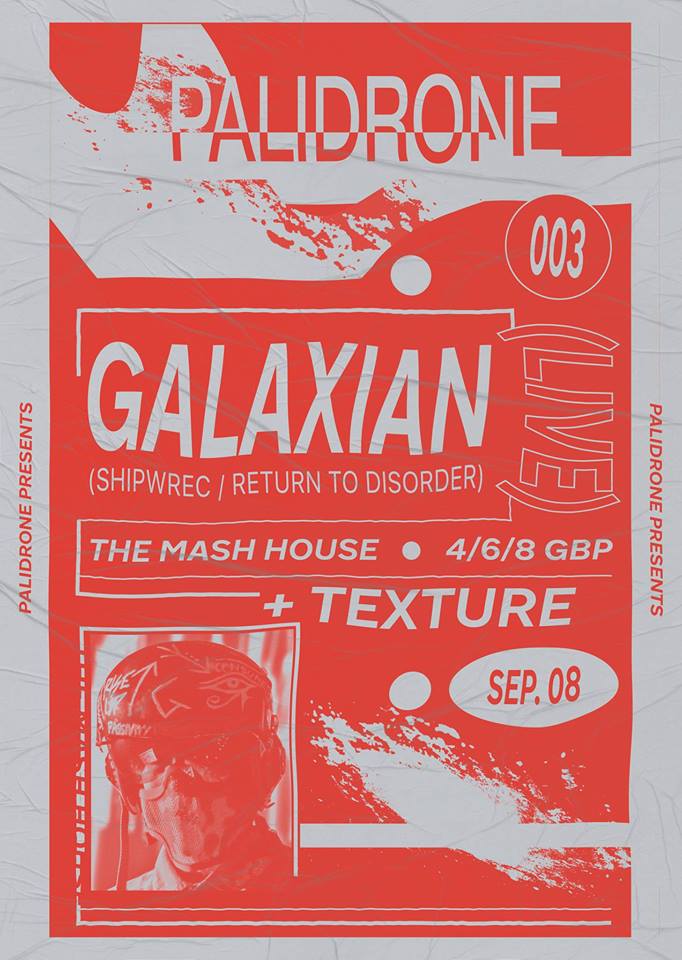 Big thanks to everyone who came down to our last party with Hilltown Disco and Sync 24- next up we’re bringing Glasgow electro powerhouse Galaxian to The Mash House for a stomping 2 hour live set!

Considered one of the most exciting producers to come out of electro’s wave of popularity in recent years, Galaxian is known for dizzying, high-tempo workouts that are as mysterious as they are hard-hitting.

Keeping in good company, Galaxian’s joint ‘NU-1000’ EP with the legendary DJ Stingray back in 2016 firmly made him one of dance music’s ones to watch that year (despite being at it for much longer), followed up by a string of well-received releases in 2017 and 2018 including the much anticipated ‘Paradise Engineering’ EP out on Helena Hauff’s Return To Disorder label- heavy tips from some of electro’s biggest. We’re super excited to be bringing the full power of Galaxian’s live set to Mash for a 2 hour session. Expect a full-throttle electro assault filled with wonky drums, razor-sharp synths and beautiful ambient textures.

“At a time when electro is particularly popular, he’s helping take the genre to the next level”

Support on the bar comes from the always-delivering Texture Edinburgh crew, and Palidrone residents as usual.