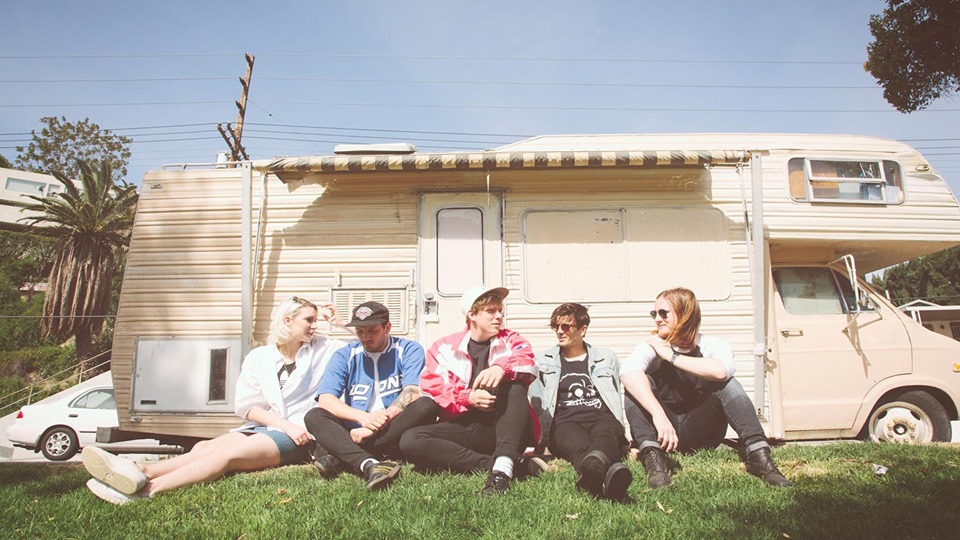 Say hello to the hardest working band in shimmering, unapologetic ’80s-inspired indie-pop. Following in the slick footsteps of Phoenix, Haim, and Two Door Cinema Club, Fickle Friends are the essential new British pop band. Blessed with the same dedication to writing quirky anthems on their own terms as The 1975, the brittle icy synth flourishes of Chvrches and a new era indie IT girl in singer Natti Shiner, the Brighton 5 piece released their highly anticipated debut album ‘You Are Someone Else’ in 2018, charting at #9 on the UK national charts.

Made up of Natti Shiner [vocals/synth,] Jack Wilson [synth], Harry Herrington [bass] and Sam Morris [drums], the band formed in Brighton, after Natti and Sam moved to the seaside town having studied at the Liverpool Institute for Performing Art. They quickly met Jack and his old-school friend Harry after moving there to finish their studies. “It happened so naturally, it was an organic thing,” explains Natti. They’d all messed around in bands before, but this was the first one that really felt right.

2014 was their first summer as a band and Fickle Friends played 26 festivals and in 2015 pushed that number even higher, to 31, capping it all with a sold out show at London’s Dingwalls in October. Pretty impressive for a band who were then still unsigned and without a manager. At the beginning of 2016 they finally signed with Polydor, bringing with them a dedicated fanbase as well as a clutch of fizzingly brilliant material – British synth-pop with heart, soul and intelligence, bolstered by deceptively dark lyrics penned by Natti.

They followed up the album with the ‘Broken Sleep’ EP, released end of 2018. Made up of 3 new songs written whilst touring throughout the first half of 2018, the EP capped an incredible few years for the band.

They’ve played over 350 live shows together including a sold out Shepherds Bush Empire, played 100 festivals, accumulated over 100 million streams and released 5 Radio 1 playlisted singles – ‘Hello, Hello’, ‘Glue’, ‘Brooklyn’, ‘Hard To Be Myself’ and ‘Swim’ – all undeniably brilliant pop anthems, written for a pre-loading generation of wasted youth that flip lyrically from gloriously hedonistic abandon to naked self-analysis.

“A sparkling slab of indie-pop” – Noisey

“It’s tempting to hear Fickle Friends ‘Swim’ and think of summer, thanks to the disco-tinged strut of the Brighton quartet’s first single” – Pitchfork