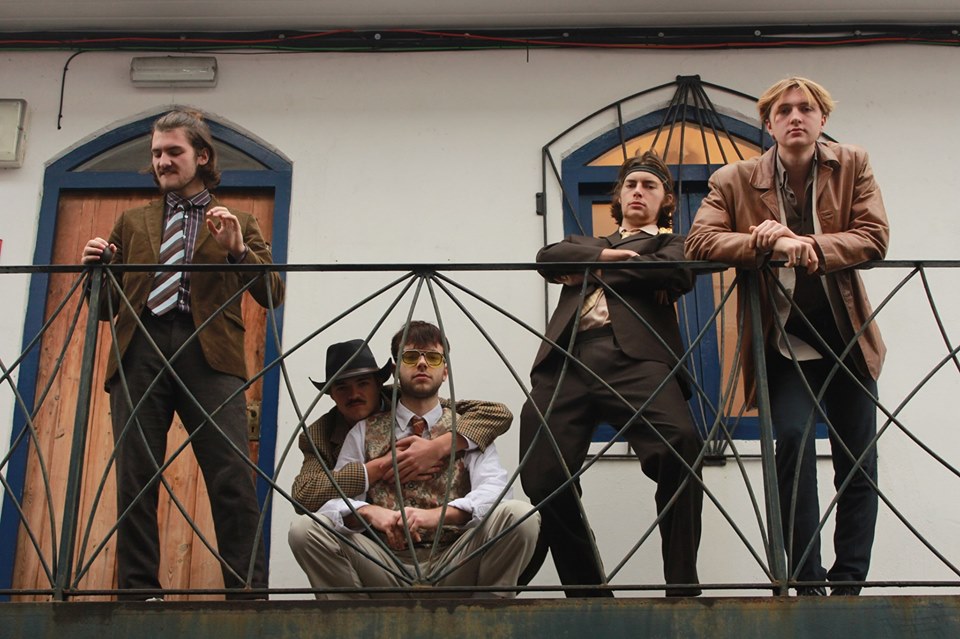 FEET recently released the second single from the album, ‘Ad Blue’ with its superb Wild-West themed video full of highjinks, Stetsons and duelling kettle’s in dusty Main St. Check out the video here. Ad Blue follows recent top 10 (vinyl) single ‘English Weather’ which further solidified the bands status as one of the most exciting, quintessentially British guitar bands of recent years. With superb media support from, among others, NME, DIY, Dork, The Independent, Sunday Times, The Line Of Best Fit, Radio 1, Radio X and Radio 6, the buzz around FEET continues to grow ahead of a debut album that fizzes with bright, bold and intensely exciting songwriting. Due to the band’s intense touring schedule over the past few months, and them wanting to add some additional studio flourishes to the record, the band also reveal a new release date for their debut album ‘What’s Inside Is More Than Just Ham’ which will be released via Clapped Records on October 4th. The album was produced by Cam Blackwood (Jamie T, London Grammar, Billie Marten etc)and mixed by Alan Moulder (Foals, Interpol, Beach House), and experimentation was integral to the process for FEET. From singing about the unpredictability of the humble hot dog (which is where the album title stems from) to stepping out of their comfort zone & relinquishing traditional song structures.“ Going into a first album, you don’t have any prior intentions, you just pack the car with cathartic autobiographies, some Carling, and if you’ve not been dropped by your management after a month, you’ve had a result” said FEET. “Without any real sense of direction of scope, the album became really a reflection of the 8 or 9 months we spent moving from place to place writing the fucker. You doss about with each other for the majority of a year, something’s bound to happen, something to write about, and fortunately, it did. And that’s the album. But that doesn’t sound very cool. It’s about drugs”. With their debut album coming late summer, and a brand-new single announcement on the way, 2019 is gearing up to be a big one for FEET.

Burn Out
This website uses cookies to give you get the best experience possible. By continuing to use this site, or clicking 'I accept', you agree to our use of cookies. Please read our Privacy & Cookie Policy to see how we use cookies and to learn about how you can change your browser preferences. Find out more.
Scroll to top