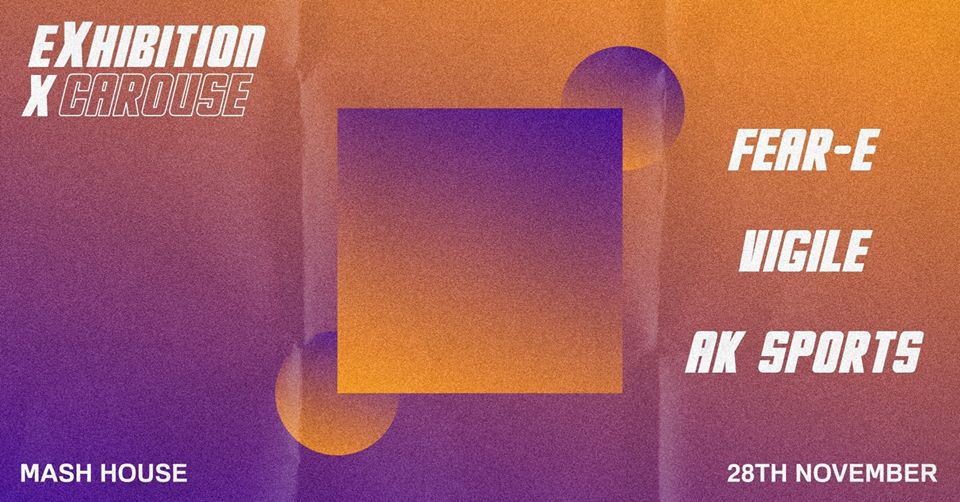 MAIN ROOM
👉 Fear-E
This man is a tune churning MACHINE! The Glasgow based DJ/Producer has made a serious name for himself releasing countless bangers and becoming a regular on Dixon Avenue Basement Jams. Within the last month he has released two stellar EP’s, one on Jerome Hilll’s Super Rhythm Trax imprint and one on Waze & Odyssey’s label W&O Street Tracks. His sets are unrelenting and filled with energy so this is not one to miss!

👉 VIGILE
The Edinburgh local needs no introduction after delivering the goods at the EXhibition launch party. The Carouse resident will be back to put in a shift for the next one!

👉 AK SPORTS
Making her way from London, Australian born DJ/Producer AK SPORTS rounds off the line-up. She has recently put in some killer sets for London based radio station Balamii Radio and released a top acid house tune on Berlin label Tooflez Muzik.

RAW Drum & Bass
This website uses cookies to give you get the best experience possible. By continuing to use this site, or clicking 'I accept', you agree to our use of cookies. Please read our Privacy & Cookie Policy to see how we use cookies and to learn about how you can change your browser preferences. Find out more.
Scroll to top