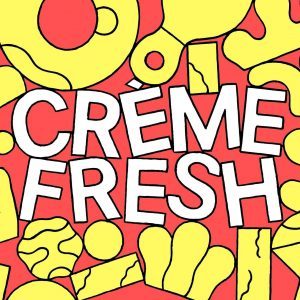 For one night only we’ll be raising the tempo to 160bpm to celebrate the genre of footwork, another one of Chicago’s great musical gifts.

As far as we are aware there hasn’t been any nights committed to showcasing footwork as the singular style in all the time we’ve been in the city (but we could be very wrong). So please, come down and give this one off party the crowd it deserves!

Lucky Brand has been cutting a singular path in the Glasgow scene and with a recent relocation to the east coast we thought it would be a perfect opportunity to get him to play.

Blazing onto the scene with his infectious Groovin U edit we got him to shoot over a mix for the radio show just prior to his release on L.A Label TAR where he fused footwork and UK hardcore. A recent self-release, Branded Trax, saw him release more of his own work alongside some edits of fairly infamous artists.

Not content with just releasing great tunes he has been instrumental in organising Juke Til U Puke parties in Glasgow and hosts a show on Radar Radio under the NF Allstars alias. There’s also a Subcity show which has had some Chicago luminaries on it but we’ll let you figure out which one it is.

Support comes from Lungs & Max Gergel of the soon to be VAT crew. Get your first taste of these selectors here.