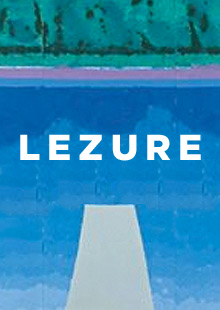 Firstly a big thanks to those who made it along to ItaloJohnson for our last party, it was undoubtably our best night to date and the boys played one of the best sets we have ever seen. Next up comes another All Night Long (but even longer) set from two artists who have been on our radar for some time.

Mr Tophat & Art Alfie are Rudolf Nordström and Oscar Wedren, two Swedes from Stockholm who are the creators of in our opinion, some of the most unique yet functional club tracks out there today. Although an odd pairing, being almost ten years apart in age, the duo came together through a shared passion of music production with a distinctive spin, with robust drum frameworks, programmed on analogue gear from their studio in Stockholm and with catchy disco samples lifted straight from vinyl. Their first release together, King Hassan (Shutted Blinds 3:PM) came out on Rudolf’s Junk Yard Connections label, a label boasting an impressive roster including names such as Axel Boman and Christopher Rau and carrying the exclusive slogan “Strictly limited; no repress.”

After making music together for some time, the pairing decided they needed an outlet for the large bank of music they were sitting on and thus Karlovak was born. Most releases are vinyl-exclusive and pressed to grey marbled wax, giving the records a look as unique as the tracks themselves, with particular highlights being the B-Side of KVK300 – “I Want You To See (You’re In Love With Me)” – which was voted RA’s #28 track of 2013, as well as receiving heavy rotation from a certain Mr Ricardo Villalobos and “House Music” on KVK900, which featured in Ryan Elliot’s critically acclaimed Panorama Bar 06 mix.

Mr Tophat & Art Alfie also hold a residency at the famous Under Bron in Stockholm, where their Karlovak nights are seen as an institution. At these they routinely play 6 hour sets, so we saw this as the perfect opportunity to take advantage of a rare 5AM finish and allow the boys to take control for the full 6 hours, for another chance to view an extended set from some hugely talented artists and for a very special Edinburgh Festival party.

The Valkarys
Scroll to top