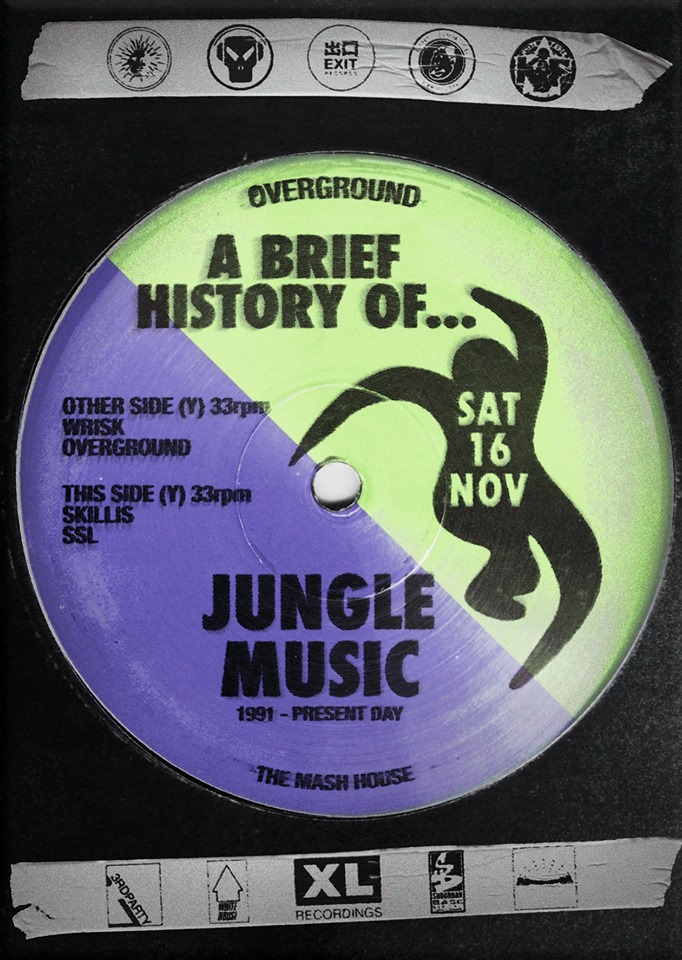 Undoubtedly one of the most influential cultural movements in the UK music scene came in the form of Jungle. In the early 90s, the accessibility of sampling technology set the stage for British producers to experiment with elements of Acid House, Techno, Hip Hop and soundsystem culture to create something new. Out of this disparate concoction of influences, Hardcore emerged.

Characterised by breakbeats and rave stabs, Hardcore needs to introduction to regular attendees of ᴏᴠᴇʀɢʀᴏᴜɴᴅ. ’94 was the year of the infamous “hardcore split”. Mainstream hardcore was beginning to commercialise into “Happy Hardcore”, while Darkside producers distanced themselves into a more ominous and brooding sound: Jungle.

Throughout the night, Wrisk and Skillis [SSL aka Sound System Legacies] will go back to back, tracing Jungle back to its genesis in the latter years of Hardcore through to the present day and looking to the future of the sound being championed by artists and labels such as Om Unit, Fracture and Exit Records.

Guestlist rates:
– Hit ‘Going’ (not ‘Interested’)
– TAG all names to be added

Harm reduction services will be available during the night from Crew 2000, a local charity who have been supporting Scottish events since their birth from the rave scene in the early 90s. They’ll be giving out information and support (and earplugs and condoms) – if you’re feeling unwell and need some help, or just want some free shit, you can find them by the downstairs toilets between the bar and main room.