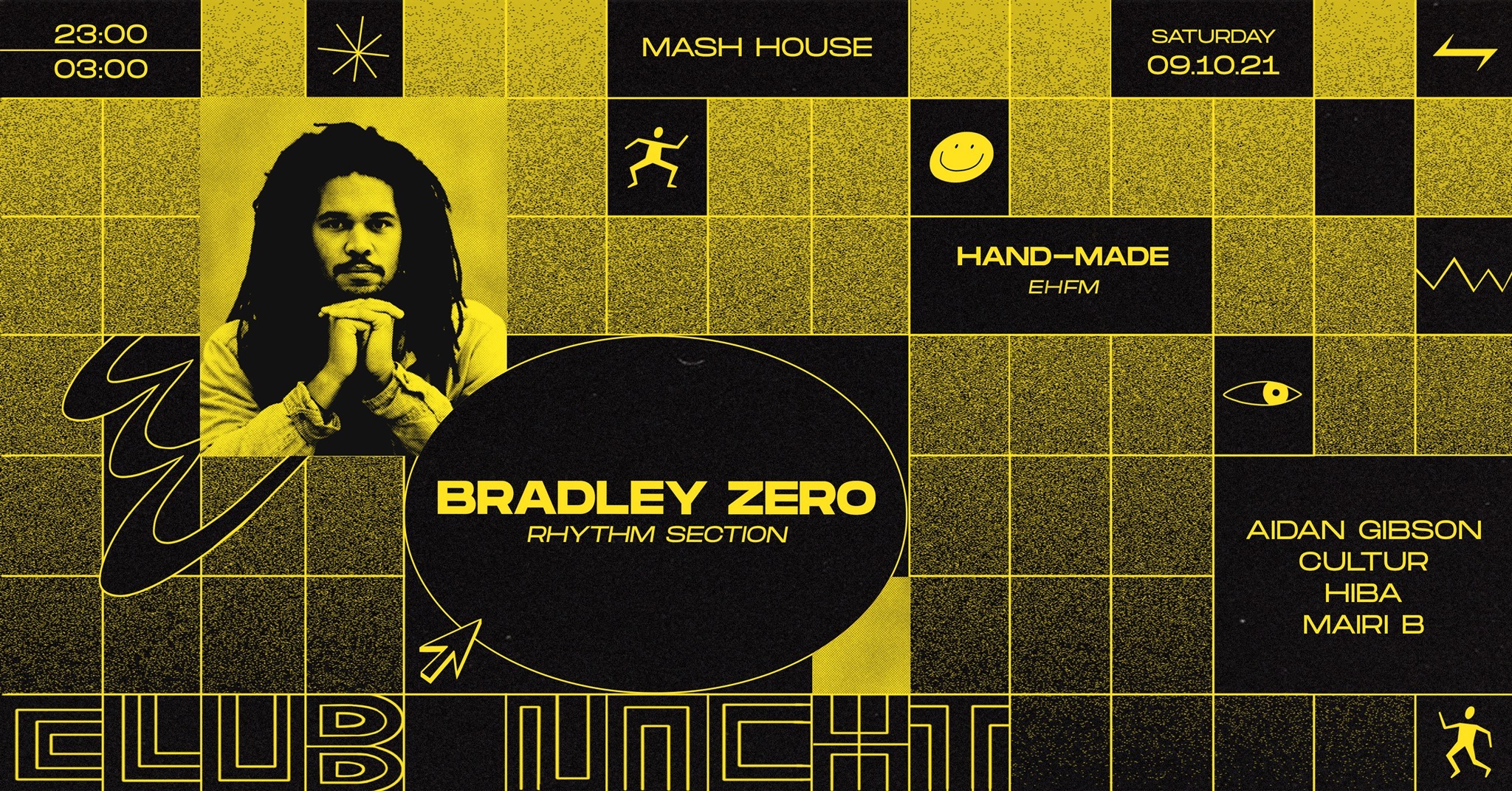 Rhythm Section’s Bradley Zero needs little introduction. A mainstay of the UK’s music scene for over a decade, Bradley’s musical career has set him as the taste-maker of his generation. Hailing from Peckham, Bradley founded Rhythm Section in 2009 and carved a unique role for himself within the vibrant London scene as Resident Club DJ, Broadcaster and Label Boss of one of the most exciting new imprints today – Rhythm Section International.
Accoladed by Mixmag as one of The World’s Top 10 DJs in 2019, Bradley’s musical career boasts an extended residency on BBC’s Radio 1, a ten year residency on NTS Radio, a five year residency at London’s world famous Jazz Cafe, seven Boiler Room appearances, a recent BBC Radio One Essential Mix, and his label repeatably voted as one of the best in the World.
We are delighted to have secured him for a three hour set on Saturday 9th October for our second birthday, with support from Sneaky’s residentss Hand-made. Holding things down in the bar we have Paradise Palm’s Cultur, EHFM’s Hiba, Greenhouse’s Aidan Gibson, and Radio Buena Vida’s Mairi B.

Do Nothing
Scroll to top