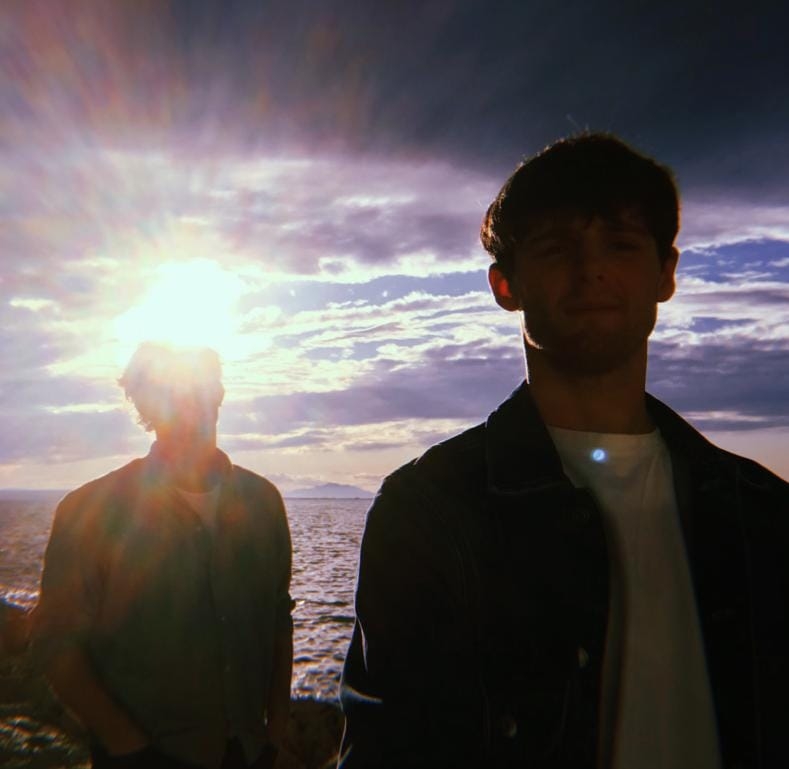 “Beta Waves is a happy accident.”

That’s the simple and understated assessment from Dale Easson of the spectacular, colourful psych-synthpop band he formed just last year with Harry Crossan. In a short space of time the duo have made Beta Waves one of the most promising electronic pop prospects to come out of Scotland in years.
BETA WAVES dropped the latest addition to their line-up of singles in November 201, with the dream-like ‘Another Mad Crab’.
Previous singles “LoveLoveLove”, “Let It Out” and “I think I’m melting” hitting Spotify’s New Music Friday list and getting plays on the highly influential Vic Galloway BBC Radio Scotland show who also names BETA WAVES on his coveted “Ones to watch in 2019” it points towards the band gathering speed on what’s now an extremely exciting journey.
It didn’t always look to be heading in this direction when Easson and Crossan found themselves as part of a “jazz/blues influenced” quartet playing what they describe as “vintage” songs. However, that happy accident which Easson spoke of resulted in the discovery of electronic drums and synths along with the other two members going missing from a practice session, and suddenly Beta Waves was born.

Their first three singles from Beta Waves – “I Think I’m Melting”, “Let It Out” and “LoveLoveLove” – show off the various faces and influences of the band. “Melting” is a buzzing, synth heavy track with gently filtered vocals and reflects the more intense side of the duo. “Let it Out” is a wistful dream pop track focusing on chiming guitar, electronic burbles and Easson’s deep sense-of-wonder vocal while “LoveLoveLove” shifts from pounding simple verses to striking choruses but what they all have in common is a link to the technicolour psych music of their favourite artists.
“The main influence for me was Tame Impala,” explains Easson, “and then soon became Jagwar Ma when I heard ‘Howlin’. But there are plenty of other bands I listen to though, like Pond, Unknown Mortal Orchestra and LCD Soundsystem.”

What Beta Waves manage to do, though, is transform these influences into something a little more pop, in the vein of fellow Dundonians (and fellow duo) The Associates. Perhaps it comes from the song writing process – Easson is based in London, with Crossan in Dundee and tracks go through numerous iterations before we have the finished song.

A true pop voice atop traditional psych rock structures means that Beta Waves are creating something at least a little unique. You can hear this from new single “Another Mad Crab” which is the perfect coming-together of synth creativity and soulful vocals. A slightly more downbeat approach to writing, compared to their most recent releases, ‘Another Mad Crab’ finds the band producing a dreamy soundtrack, down a dwindling sense of hope. The slow, trudging drums that roll throughout the entire track provide the base for the duo to expand their sound over the top.