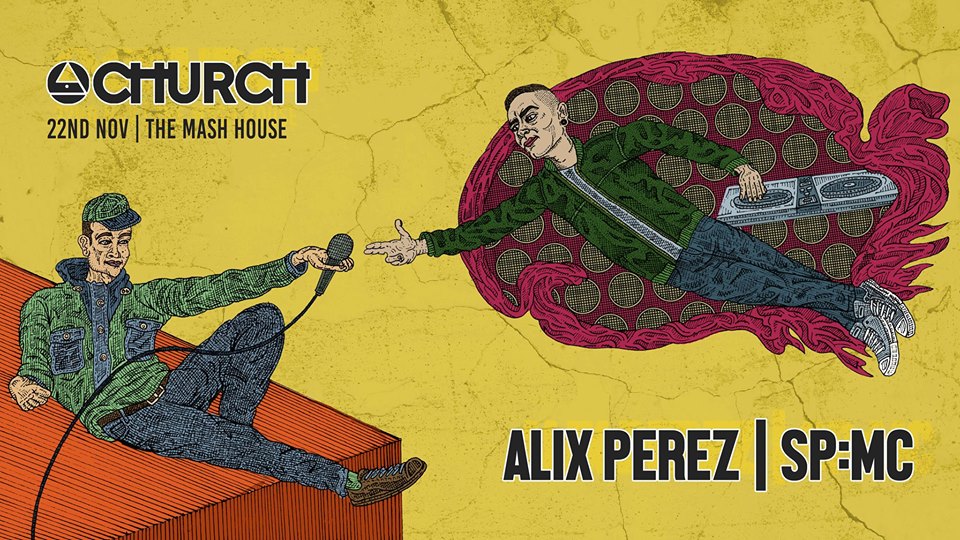 Thrilled to be hosting a long overdue drum and bass special soundtracked by two titans of the genre.

Belgian-born Alix Perez is widely regarded as one of the most ground-breaking and innovative producer-DJs of his generation. Straying from the traditional confines of drum and bass, his productions have always oozed sophistication – as adept with soulful, minimal rollers as he is with weighty half-time. While known for his long-running association with Shogun Audio and Exit Records UK, as well as consistent backing from outfits like Drum&BassArena, more recently he’s been involved in a wide range of projects, including the formation of his own 1985 Music label, and his experimental collaboration with EPROM under the moniker Shades. He arrives off the back of his immense ‘Enchiridion EP’, released in September to universal critical acclaim. Expect a bewildering journey through all manner of drum and bass, hip-hop, half-time and electronica.

Meanwhile, there’s a reason SP:MC is MC of choice for some of the most admired and in-demand DJ’s worldwide. Also heavily involved with Shogun Audio, thanks largely to his extensive touring with head honcho Friction, SP brings with him a touch of class that so often gets neglected in the MC-ing game. His ability to frame the music without being overly intrusive has made him a favourite of DJs who push intelligent, well-crafted sounds – and Alix is unsurprisingly no exception.

Tickets are live. We sold out in three days last time out and we’re expecting no different here. Blink and you’ll miss them.