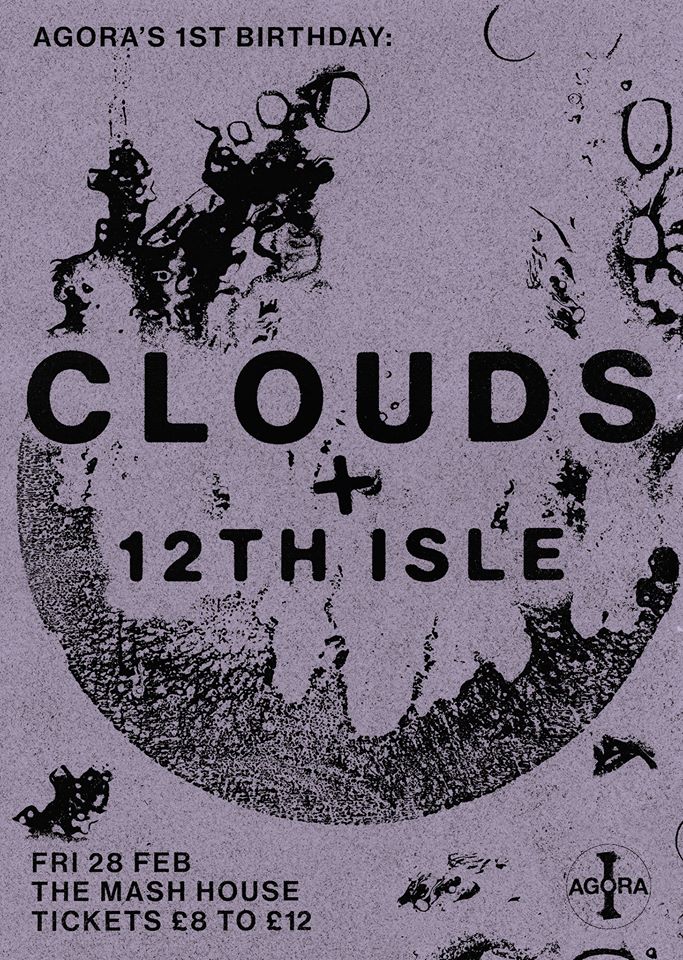 Following a run of fantastic parties over the course of a year, it’s time to celebrate our 1st Birthday! For the special occasion, we could not be more excited to welcome techno-titans Clouds and Glasgow-based 12th Isle to help us blow out the candles.

Perth natives Liam Robertson and Calum Macleod have been making music together under Clouds for almost 10 years, and in that time have cemented themselves as producers of relentless, high energy techno. Since breaking out several years ago, their schedules have been filled with club and festival gigs worldwide, becoming key players in the erupting scene of hardcore techno in Europe. They have also managed to maintain a consistent string of releases in this time, not least including their acclaimed post-apocalyptic concept album “Heavy the Eclipse”, released in 2018.

Their sound is best showcased through their current Rinse FM residency, as well as their two labels, ‘Maxiboy’, which has been a home to their most recent material, and ‘Headstrong’, a collaborative label with Randomer featuring thumping releases from both artists. From timeless classics such as ‘Chained to a Dead Camel’, to light hearted yet hard bangers like those heard on their recent ‘Sharp Like a Razor’ EP, we have absolutely no doubt that Clouds will bring an absolute storm to the Mash House.

Accompanying them on the bill and taking control of room two for the night is 12th Isle; a label & crew consisting of DJ Crud, Fergus Clark, King Heroin and Stewart Brown. Initially starting off as a party showcasing left-field and off-kilter sounds, the imprint naturally progressed into a label with an output of similar sorts: dubbed out house, warped techno and hazy ambient. As DJs on the other hand, their desire for collecting records and vast knowledge of music offers the potential for a set to take you in any direction; be it house, disco, ambient and/or everything in between. With a full 4 hours of playing, they’ve got a good amount of time to stretch their legs and show you what they’re about.