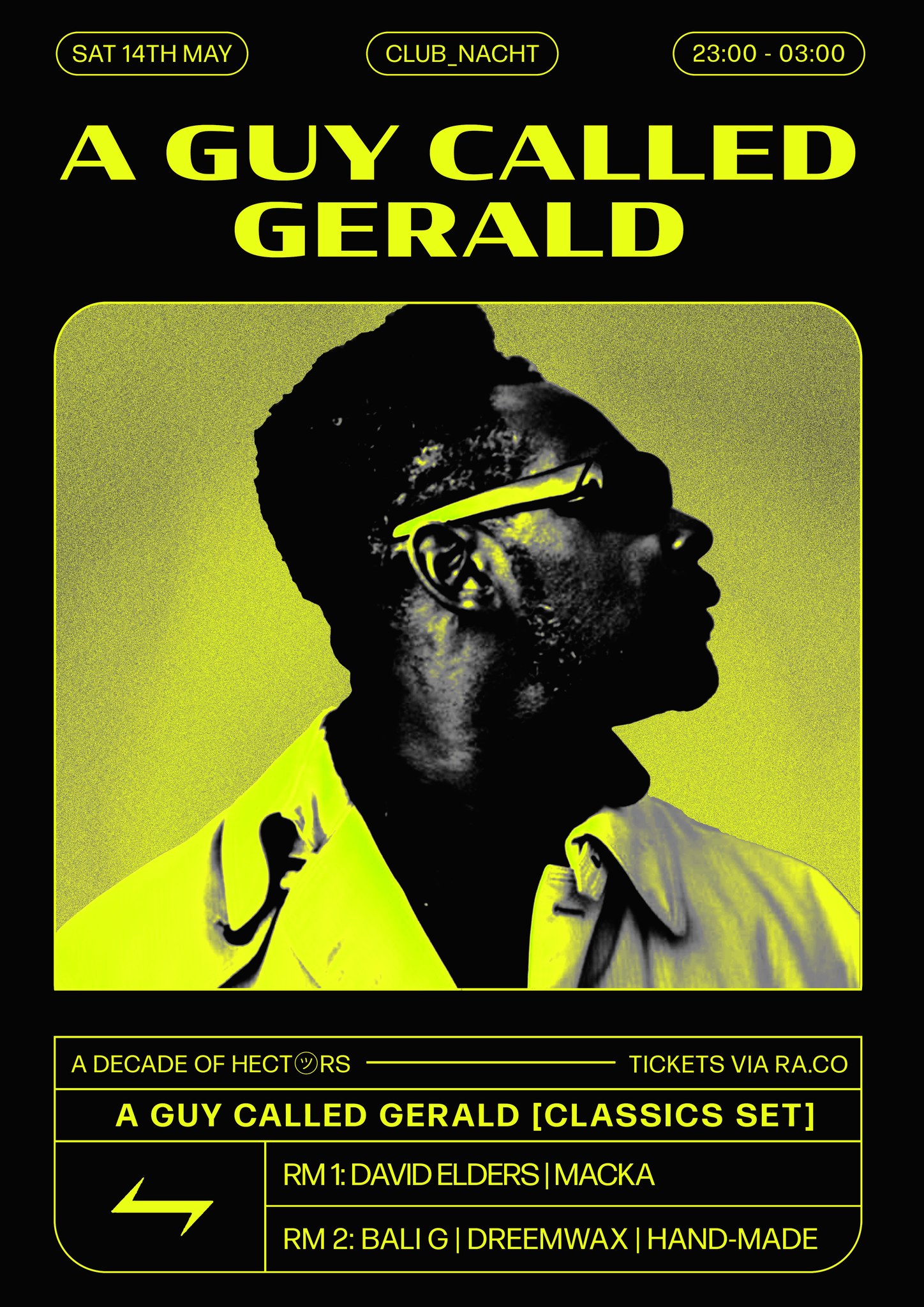 A Guy Called Gerald [classics set] ⥊ Club_Nacht ⥊ A decade of Hect㋡rs
On Saturday 14th May at The Mash House, we are delighted to bring you of the 10th birthday celebrations of Scotland’s soundest midweek shindig, Hectors.
Headlining the party is an artist who has been a purveyor of the good times to people in the scene for over 30 years. A real trailblazer for dance music – the one and only, A Guy Called Gerald!!!
House and techno innovator, Gerald Simpson, has found a successful voice in a wide variety of different genres. Starting with Chicago house and moving through Detroit techno, acid house, electro, hardcore techno, and drum’n’bass, Gerald’s been an influential contributor to most of recent dance music’s most important stopping points. Clearly a paragraph doesn’t do Gerald justice and you have to seize such an opportunity to see Gerald play a very rare Scottish appearance.
A Guy Called Gerald will play a one-off classics set (he is the man behind the likes of seminal records Voodoo Ray and Pacific State after all). Gerald hasn’t played a club in Edinburgh in over 15 years (he did play for our friends at The Syndicate at 99 Hanover back in 2014) so this is a real coup for us.
⥊
RM 1:
A Guy Called Gerald (Rham! / Perlon / Juice Box / !K7 Records) [classics set]
Macka (Fresh Take Records)
David Elders (MFSB)
RM 2:
Hand-made (Sneaky Pete’s)
Dreemwax
BALI G
⥊
Tickets on sale now:
https://ra.co/events/1529446
Learn More

Tweets by @themashhouse
Edinburgh Underground presents Murder on the Trancefloor