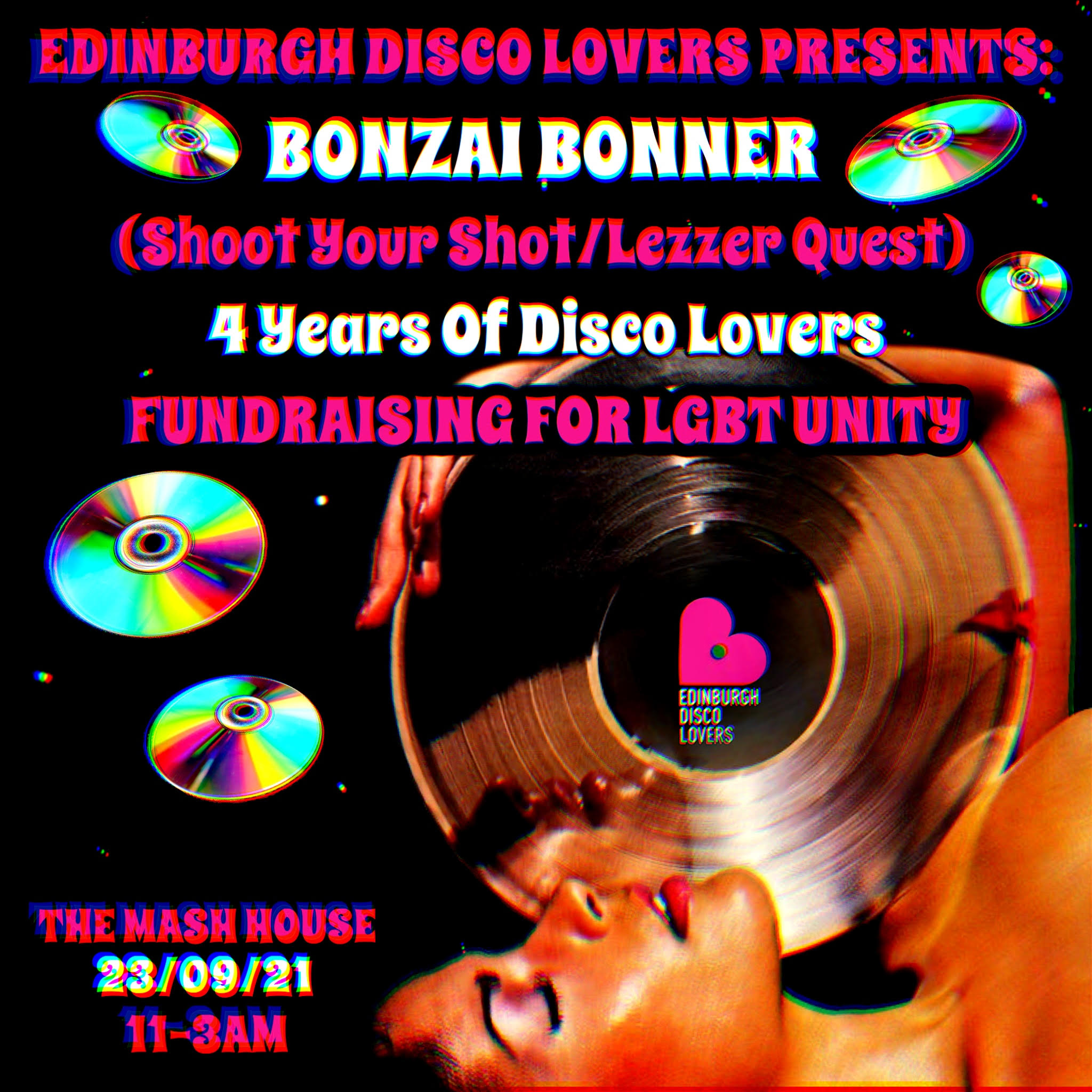 Disco Lovers ❤
We’re incredibly honoured to be announcing our 4th birthday event and biggest party to date, “4 YEARS OF DISCO LOVERS”. To mark the occasion, we have invited along one of the country’s most exciting DJs – Bonzai Bonner – to guide the celebrations at the Mash House, as we fundraise for LGBT Unity.

Bonzai is a resident and founder of Glasgow’s infamous Shoot Your Shot, who also forms the formidable duo of Lezzer Quest with SYS resident Anna Gram. Bringing the likes of Octo Octa, Eris Drew, Rex The Dog and Perel to Glasgow, SYS are no strangers when it comes to throwing a great party and creating a safe place for the LGBTQ+ community – their impact and importance within Scotland’s dance scene cannot be understated. Having supported heavyweights such as The Blessed Madonna and Hot Chip, as well as featuring on the line-ups of Kelburn Garden and Riverside Festival, Bonzai has established herself as one of Scotland’s best and most in-demand DJs.

On support, we welcome some of Edinburgh’s finest onto an inclusive line-up of non-binary and female artists: Amy L’Amour (CC Blooms), Panooc (XOXA), Iced Gem (Miss World) and Alys Hardy.

As with all Disco Lovers events, we’ll be fundraising and donating all the profit made on the night to LGBT Unity. They help and support lesbian, gay, bisexual and transgender asylum seekers and other migrants in the UK by:
– providing a safe social group
– practically support and signpost people claiming asylum and understand their rights
– gather information and resources
– network with existing LGBT and refugee groups
– fight for both LGBT rights both in the UK and abroad
So what are you waiting for? Come join us to celebrate the very best of diversity, love and of course, disco. See you on the dancefloor. ❤